NeNe Leakes, the breakout from The Real Housewives of Atlanta is taking Hollywood by storm. This fall, she’ll star in a new sitcom, while balancing a recurring gig on Glee. But what about her reality roots? The rising actress told SheKnows about her future plans. 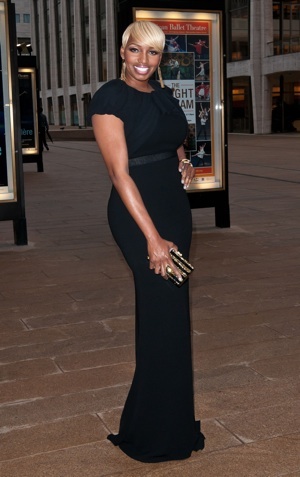 NeNe Leakes is a hard-working woman. What started off as a stint on The Real Housewives of Atlanta has become a full-fledged career. The reality star-turned-actress has appeared on Celebrity Apprentice, BET’s The Game and Glee. Now she’s a regular on the new NBC sitcom, The New Normal.

While promoting The New Normal at the summer TCAs, Leakes was asked about tackling the Hollywood scene.

“It’s wonderful to live your dream,” said Leakes. “I’ve always wanted to be an actress. Every year, for New Years I write down all of my goals and dreams and I put them in a Bible.

Real Housewives of Atlanta back with plenty of drama >>

As for her Real Housewives castmates, Leakes believes some, not all, support her career.

“They have all said to me they’re very happy for me. But as I’ve said many times, I felt a few of them — or a couple of them were very happy for me and the others I just think they said it because it was the right thing to say. But I didn’t really feel it.”

Despite her busy schedule, Leakes insists she’ll be back for another round of reality drama. “Well, I’m a series regular on The New Normal and I recur on Glee and I am definitely a housewife for season five. I have three shows. I’m bicoastal and I’m working it out. I’m really blessed right now.”