SheKnows sat down with some of today’s funniest guys in film to talk about their new movie The Watch.

Vince Vaughn, Ben Stiller and Jonah Hill star in the new comedy about a neighborhood patrol team who is anything but well-equipped when the worse of all intruders decides to pay them a visit in The Watch. 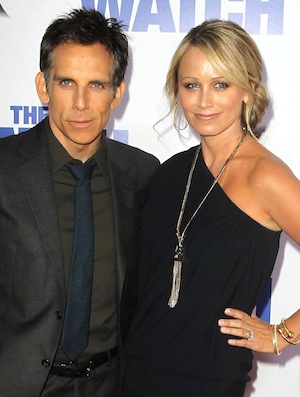 When SheKnows sat down with this comedic cast and their co-star Richard Ayoade, we got down to the nitty gritty of what makes this bunch so funny — one-liners. Or in Hill’s case, a hand gesture.

Movie review: Aliens buy condoms from Costco in The Watch >>

“I get a lot of requests for blue steel,” Stiller says of his 2001 comedy Zoolander where he played opposite his real-life wife Christine Taylor.

Hill chimed in with his number one request — a fist pull from Moneyball, the film that got him his first Academy Award nomination.

And… for the one we’ve been waiting for, Vince Vaughn. What is the number one-liner fans ask him to say?

“You’re money, baby!” That one is from one of Vaughn’s first movies, Swingers. And we thought it was “Vegas, baby, Vegas.” Same movie, but still there has to be a true number one. Thanks, Vince for clearing that up!

What do you do when you hear a bump in the night?

So, knowing that, are any of these funnymen prepared for a real life invasion? We asked them what they do when they get a request to check on a noise in the middle of the night. “I usually say it’s nothing,” says Hill and everyone laughs. “But I’m by myself.” 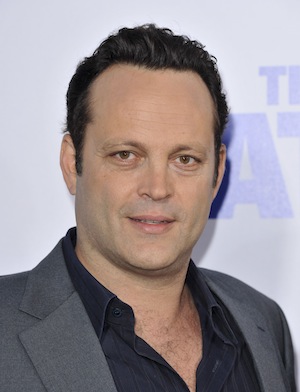 Stiller admits that sometimes in his house he hears sounds. So, does the quick-witted 46-year-old actor leap out of bed to defend Christine’s honor? “I keep thinking I should keep a bat under the bed…” Not so much.

Who do you want protecting you at night?

Vaughn chimes in, “I have guns in my house,” he says. I guess no one’s going to be planning a break-in at his Chicago pad anytime soon.

That intimidates everyone and then Stiller changes his answer. “I do have a bat under my bed,” he says. And Hill chimes in too. He has a “wiffle bat” under his bed. It’s tough to know when they’re kidding.

But overall, it sounds like life with a funnyman doesn’t have to be unsafe, unless that is… a joke bombs. The Watch creeps into theaters July 27.