The cast skipped its first day back for the fourth season, in a contract dispute. But the fight may be over more than just money, putting the future of the show in question. 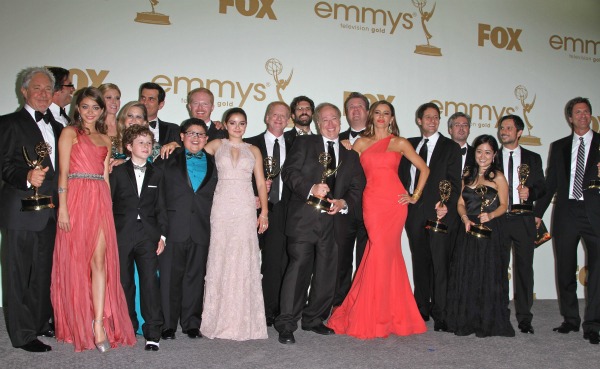 The main stars of Modern Family did not show up to work today because of a contract dispute.

Besides O’Neill, none of the main stars were household names until they were hired on the show. E! reports that O’Neill makes around $100,000 an episode, with the other main characters are making around $60,000. They said that the actors are all looking for payment in the form of $200,000.

“We haven’t been able to reach a deal yet,” a source told E! “The cast was expected to show up today. Producers were surprised.”

It looks like 20th Century Fox is dealing with more than just the payment part of the contracts. According to the Hollywood Reporter, a suit has been filed in Los Angeles Superior Court to void the actor’s contracts. California has a seven-year rule for contracts and the actors are saying that their contracts violate this.

“We can confirm that today’s table read has been canceled,” a rep for ABC told E! News. “No other comment at this time.”

The executive producer of the show last night tweeted “Tomorrow is the first Modern Family table read of season 4! Hard to believe,” leaving everyone to think he had no idea about the cancelation today.

Modern Family star Sofia Vergara was recently named the highest-paid actress in television, although the majority of that did not come from her show. Vergara has entered into numerous endorsement deals, which garnered her around $18 million last year, according to Forbes.