A year after her show was canceled, Kate Gosselin is looking to get back into the dating world. And, back to the world of television at the same time. 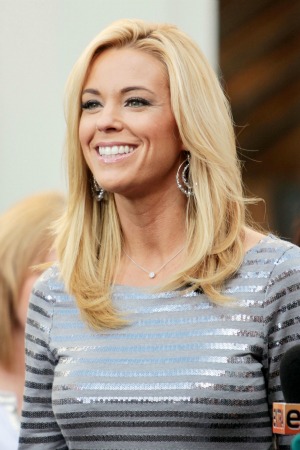 If there is anything TV needs more of, it is Kate Gosselin. Right?

Well, the former reality TV star/mom is back in the game. According to E! News, Gosselin has signed on to film a new show. But instead of focusing on her children, this one is to help her find Mr. Right.

“She is ready to find love again and to move on from her past,” a source told E! “She’s excited. This is a chance to start something new.”

The show has not been picked up by a network, which means shooting the series is being done in hope they will get picked up eventually.

Gosselin recently appeared on Dr. Drew’s Lifechangers where she spoke about her life as a mom, but that left her lonely.

“I clean up the house, put the kids to bed, and there I sit,” she said on the show, according to E! News. “Ideally I would find that person — I don’t know if I feel ready for that.”

A source told E! News that the show would probably be a traveling show since she has a hard time meeting men in her everyday life.

It was two years ago that Gosselin filed for divorce from her husband, Jon. They began filming Jon & Kate Plus 8 in 2007. The show followed around the couple and their 11-year-old twins and 8-year-old sextuplets.

The show was canceled in 2011 shortly after it became Kate Plus 8.

E! News is also reporting that Gosselin is in prime dating shape since she has been running marathons recently.

“She looks fantastic,” a source told E! News. “She’s in fantastic shape because of all her marathon training. This feels like the right time for her.”

Gosselin ran her first marathon late last year as well as a half marathon this week in Chicago.