Actor Sherman Hemsley — best known for his role as George Jefferson on The Jeffersons — passed away Tuesday at his home in El Paso, Texas. He was 74. 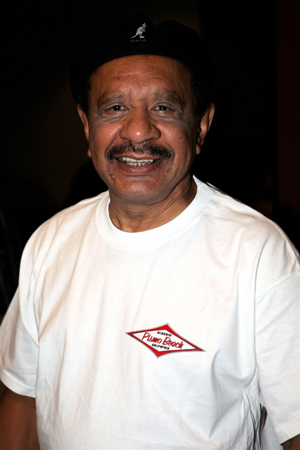 Hollywood is losing too many of its icons this year: Whitney Houston, Donna Summer, Adam Yauch — and now, The Jeffersons star Sherman Hemsley. The actor passed away at his home in El Paso, Texas, according to TMZ. He was 74.

Hemsley — born Sherman Alexander Hemsley on Feb. 1, 1938 in South Philadelphia, Pennsylvania — dropped out of high school and joined the Air Force. He stayed with military service for four years before leaving to start work at the U.S. Postal Service. Hemsley took acting classes at night and eventually moved to New York, landing the role of Gitlow in 1970’s Broadway adaptation of Purlie. Soon after, Norman Lear called and asked Hemsley to take on the role of George Jefferson on the sitcom All in the Family.

The problem? He didn’t want to leave theater, so Lear kept the role open for him and he joined the show in 1973. Hemsley — along with co-star Isabel Sanford — had such great chemistry that they landed a spinoff show, The Jeffersons, just two years later. The show lasted for 11 seasons before being canceled in 1985. Hemsley continued to work steadily throughout recent years, including a role as Earl Sinclair’s grumpy boss on the ABC live action comedy Dinosaurs.

The actor never married or had children, leading many to suspect over the years that he was gay. He never confirmed or denied the rumors, but a 2007 VH1 article alleges that his homosexuality caused problems between him and Sanford on The Jeffersons set.

We’ll always remember Hemsley for his work on a television classic. Rest in peace, Sherman.