Elton John can’t fathom how he didn’t get HIV in the 1980s like many of his friends. The singer chillingly told the audience at the International AIDS Conference on Monday, “I should be dead.” 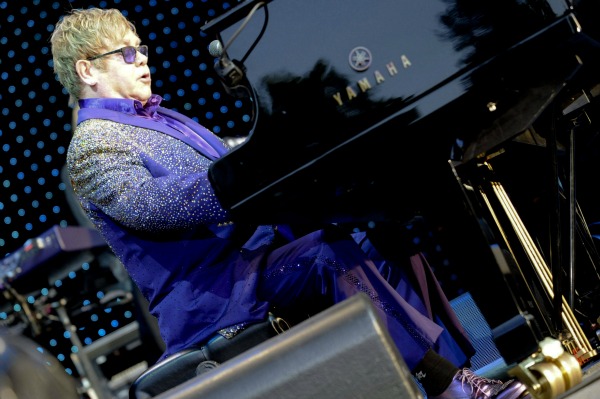 Elton John recognizes that his behavior during the 1970s and ’80s ought to have dealt him the same fate as many of his late musician friends. Somehow he escaped the era without contracting HIV, and is now sharing his story while calling for compassion for those affected by AIDS.

“Here’s a story of a young man coming to terms with his sexuality, who got mixed up in drugs and drink,” Elton John shared while speaking at the International AIDS Conference on Monday. “He took chances with unprotected sex, and he was at very high risk of contracting HIV. He hit rock bottom, his life was a mess.”

“He should have died, to be honest, and he almost did. By all rights, I shouldn’t be here. I should be dead, six feet under, in a wooden box. I should have contracted HIV in the 1980s and died in the 1990s, just like Freddie Mercury, Rock Hudson and many friends and loved ones. Every day, I wonder: how did I survive?”

Why it took Elton John so long to come out >>

Elton John, now the father of son Zachary with David Furnish, says both compassion and dialogue are key moving forward in the fight against AIDS.