Neither Jennifer Hudson nor the rest of the general public will ever see William Balfour again. The man who murdered the singer’s family members has been officially sentenced! 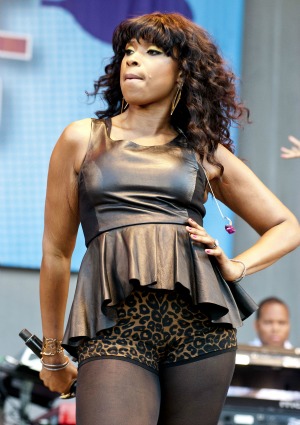 The case of Jennifer Hudson‘s murdered family members can officially be put to rest, as William Balfour was given three life sentences to serve on Tuesday. The man convicted of killing the singer’s mother, brother and nephew will never again see life outside of prison walls.

William Balfour learned in court, as Jennifer Hudson and her sister watched on, that he faces three terms of life in prison plus 120 years on other charges.

“You have the heart of an arctic night,” Cook County Circuit Judge Charles Burns told Balfour during the reading of the sentence for the murders of 57-year-old Darnell Donerson, 29-year-old Jason Hudson and 7-year-old Julian King. “Your soul is as barren as dark space.”

William Balfour, who had been married to Jennifer Hudson’s sister Julia Hudson, was portrayed by prosecutors as an extremely jealous estranged husband, known to stalk the family after their 2008 separation. Illinois, the state where William Balfour’s trial was held, does not have the death penalty.

Jennifer Hudson did not speak during the sentencing, though Gregory King, young Julian’s father, did. In a victim impact statement he shared, “I miss picking Julian up from the school bus. I miss going on field trips with him… I miss him spending the night with me and my other children.”

Despite the conviction and sentencing, William Balfour maintains his innocence. On Tuesday he offered condolences to Jennifer Hudson and the rest of the family, saying, “My deepest prayers goes out to Julian King. I loved him. I still love him. I’m innocent your honor.”

Do you agree with the sentencing of William Balfour for the Jennifer Hudson family murders?