The Colombian actress will be working double duty and playing two characters in the same episode. 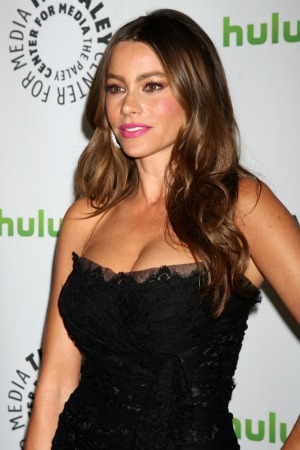 Seth MacFarlane seems to have the formula for success. Or, in his case, formulas.

For the last 10 seasons, it has been a politically incorrect family who always manages to get themselves into trouble.

And most recently, it was a foul-mouthed bear who still lives with his child-owner who is now an adult.

Next, it seems his formula includes hiring one of the most sought-after women in the world.

“Colombian actress Sofia Vergara will perform in an episode of the animated series Family Guy,” where she will lend her voice to the leading character’s hot love interest,” according to FoxNews.

In the episode of Family Guy, lead character Peter Griffin has a dream sequence where he plays “a telenova Don Juan.”

Vergara will play the love interest of Griffin’s dream character. According to Fox News, she will also be playing another character on the same episode, a woman at the restaurant where Griffin and his friend Quagmire eat.

The show’s 11th season will premiere on Sept. 30 on Fox. The season will also feature other cameos from Johnny Depp, Ryan Reynolds, Elizabeth Banks and Kellan Lutz.

MacFarlane is still riding on the success of Ted, which was released less than a month ago, on June 29. But the movie has already earned almost $220 million. The budget for the film was only $50 million. As of this last weekend, it is still the number four movie in the country, behind The Dark Knight Rises, Ice Age: Continental Drift and The Amazing Spider-Man.

Sofia Vergara was just named the highest-paid television actress for her role on Modern Family, in front of Kim Kardashian and Eva Longoria.

According to Forbes, she raked in $18 million last year through her show and other endorsement deals, including with Kmart, Pepsi, Cover Girl and Burger King.