The astronaut was one of 8,000 people who responded to an ad for astronauts in 1978. 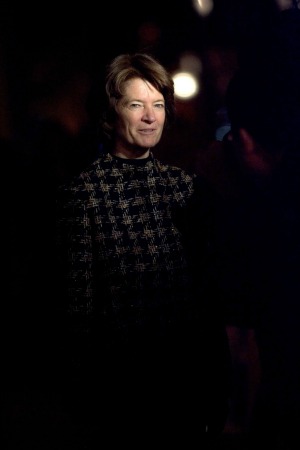 “Sally Ride died peacefully July 23, 2012 after a courageous 17-month battle with pancreatic cancer,” read a statement by Sally’s company, Sally Ride Science, according to USA Today. “Sally lived her life to the fullest, with boundless energy, curiosity, intelligence, passion, commitment and love. Her integrity was absolute; her spirit was immeasurable; her approach to life was fearless.”

According to USA Today, after Ride left her astronaut career behind in 1987, she joined Stanford University and then taught physics at the University of California-San Diego.

“The nation has lost one of its finest leaders, teachers and explorers,” said NASA Administrator Charles Bolden.

Ride was 32 years old when she made her historic trek into space in 1983.

“Sally’s historic flight into space captured the nation’s imagination and made her a household name,” according to Sally Ride Science. “She became a symbol of the ability of women to break barriers and a hero to generations of adventurous young girls.”

They continued by saying that after she left NASA she spent her time, and high-profile name, to inspire young people to pursue careers in science and engineering. She had a special place in her heart for young girls who were interested in the subject.

In a 1996 interview with USA Today, Ride spoke about how she would interest the young scholars.

“I’d introduce her to the coolest female engineer in the company,” she said. “Girls tend to have a stereotype of engineers being 65-year-old guys who wear lab coats and pocket protectors and look like Einstein. Try to make it personal to them and show them some of the cool things that they can do in engineering.”