Elton John and husband David Furnish are reportedly expecting a second child through a surrogate, according to The Daily. Find out what weird connection this child will have to Kelsey Grammer and Camille Grammer’s kids. 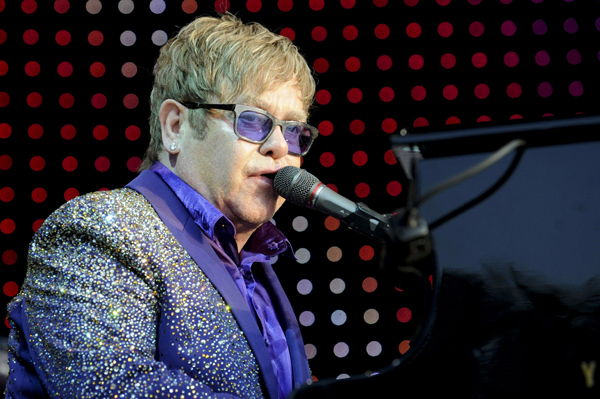 Elton John might have had a health scare earlier this year, but that’s not keeping him from getting a baby brother or sister for his one-year-old son with husband David Furnish.

The British icon, 65, has hired a surrogate from the Center for Surrogate Parenting in Encino, California to carry the couple’s second child, according to The Daily. The surrogate — the same one that carried their son Zachary, 18 months — is reportedly in her first trimester.

John hasn’t confirmed the news yet, though he did tell the U.K. talk show Daybreak that they were considering it.

The singer has a history of keeping things quiet: He recently told Matt Lauer that it took him years to come out of the closet because, well, no one asked.

“Nobody asked me,” John told Lauer. “When Cliff Jahr asked me in Rolling Stone, ‘I’m going to ask you a question, but if you don’t want to answer it, I’m going to turn the tape recorder off.’ And I said, ‘You’re going to ask me if I’m gay or not.’ And he said, ‘How did you know that?’ I said, ‘I’ve been waiting for people to ask me this. It’s not exactly a secret. I live with my manager. I’m openly gay outside. I don’t have a girlfriend. And nobody’s ever actually… I just thought it was common knowledge.'”

Do you think Elton John is too old to have another child?