Related story Jennifer Lopez Shows Off Killer Abs As She Breaks a Sweat In Exercise Video: ‘A Better Me’ 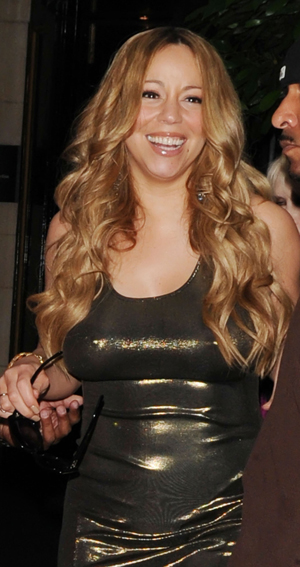 The diva has arrived — and she’s heading to American Idol.

FOX president Kevin Reilly officially announced that Mariah Carey has signed on to judge American Idol this season. Reilly made the announcement during his opening speech at the 2012 Television Critics Association executive meeting.

“We do in fact have one judge whose deal closed very recently,” said Reilly, according to The Hollywood Reporter. “It’s an artist that many contestants have tried to emulate. Because it really was concluded only hours ago our new judge couldn’t be with us.”

The deal — estimated to be worth somewhere between $12 and $17 million — is huge for a show that has suffered lagging ratings in comparison to other reality singing competitions like The Voice.

“It’s the biggest recording artist than any of these [singing competition] shows have ever had,” Reilly added. “It’s an artist many of these contestants have tried to emulate. [The deal] only concluded only hours ago. Not being the only game in town we need to keep things fresh.”

Carey has been rumored to join Idol since judges Jennifer Lopez and Steven Tyler announced their exits after two years on the show.

“I honestly feel like the time has come that I have to get back to doing the other things that I do, that I’ve put kind of on hold because I like Idol so much,” Lopez told Ryan Seacrest of her reason for leaving. “I just don’t feel like I can be there every single day all the time like I have been for the past two years.”

Tyler said he’s leaving to put the focus back on his work with Aerosmith.

“After some long…hard…thoughts…I’ve decided it’s time for me to let go of my mistress American Idol before she boils my rabbit,” he said on July 12. “I strayed from my first love, Aerosmith, and I’m back — but instead of begging on my hands and knees, I’ve got two fists in the air and I’m kicking the door open with my band.”

Idol still has one empty judge’s seat — rumored frontrunner Adam Lambert hasn’t announced a deal yet, though we expect something to happen quickly since Carey has signed on.

And how does Carey feel about her new gig? “I am so excited to be joining Idol,” said Carey. “I can’t wait to get started.”

That’s nice, but we wonder how “dem babies” feel about their mom’s new job?