This first look at the new Superman movie, Man of Steel, shows the rise to power from a hunky Henry Cavill. 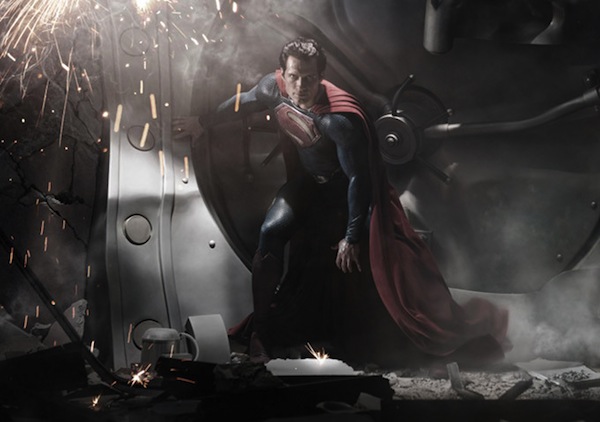 It’s a bird, it’s a plane, it’s a new hot Superman. Just what we’ve been waiting for! Finally available to the public, the first look at Man of Steel, the latest reboot in the popular caped-crusader series, gives us a sneak peak at the new Big Blue.

The trailer reveals a dark and even more mysterious than previously explored look at how Superman, played by hunky Henry Cavill, came to Earth.

Voiceover from Kevin Costner, who plays Superman’s adoptive father Jonathan Kent, gives audiences insight into the teaching the young superhero had before he had to face the darkness. Martha Kent, Superman’s adoptive mother, is played by Diane Lane.

Kevin Costner is confirmed as Superman’s dad in new reboot >>

Once Superman, a.k.a. Clark Kent, is a man, he must discover his powers and also confront the reasons he was left alone. Russell Crowe plays Jor-El, Superman’s biological father. Amy Adams plays Lois Lane, Kent’s partner in crime at the Daily Plant, the newspaper where Kent finds work while trying to figure out how to make his mark on the world. Laurence Fishburne plays his boss, Perry White, the editor-in-chief of the Daily Planet.

Amy Adams is Lois Lane in the new Superman >>

This first-look trailer only gives audiences a few clues as to the plot, but we know from the scenes of Superman as a boy that this is another origin story. Will it live up to the 1978 version Superman: The Movie, where Christopher Reeve played his own version of the Man of Steel or Superman Returns, the 2006 version starring Brandon Routh and Kevin Spacey?

Audiences will have to wait a year to find out. Man of Steel flies into theaters in 2013.