Over Memorial Day weekend, gun-related violence claimed 11 Chicagoans and left 40 injured. But, while those numbers are comparable to the dozens slain and injured in Colorado on Friday, did you see “Chicago” trending in late May? Such consistent, persistent and widely accepted violence has MSNBC host Melissa Harris-Perry worked up. 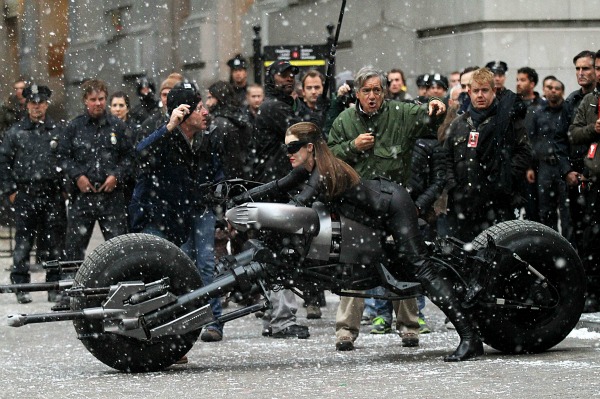 The day after the horrific shootings at a midnight showing of The Dark Knight Rises, Melissa Harris-Perry took to her self-titled show to rail against the rampant gun violence that reduces victims to mere “numbers.” And she also slammed the media’s treatment of gun violence in cities such as Chicago and New Orleans, where such shootings are all-too-often considered “just another day in paradise.”

“Tragic — that’s the word that comes to mind when we’re thinking about what happened in Colorado,” said the 38-year-old, who doubles as a guest host for Rachel Maddow. “But, still we can’t lose sight of the shattered lives and loss that occurred there, we also have to remember the tragedy that happens around our country on a daily basis.

“Both instances speak to the perilous state we’re at when it comes to violence.”

A Tulane University professor, Harris-Perry shared statistics about the gun violence plaguing her current home of New Orleans, as well as metros such as Chicago and L.A., with alarming frequency.

She admits that, while these type of stats show the magnitude of the problem, they don’t show the people behind the numbers.

We’re getting to know some of the victims of the Colorado shootings — such as aspiring sports broadcaster Jessica Ghawi (Redfield).

But will we ever really know 19-year-old Akil Partee, who was gunned down in Chicago Saturday morning? Or Pablo Hernandez, 41, who was killed in a separate shooting within hours of Partee being shot?

In all, the Chicago Sun-Times reports three people were killed — and dozens more hurt — during the weekend that the nation reeled from the mass shootings in the Denver suburb.

“The victims in Colorado, they were part of someone’s family,” Harris-Perry said. “These young men and women in cities across the countries had hopes and dreams that will never be met, and until we get serious about the causes and effects of gun violence everywhere, we’ll continue to compile statistics on the epidemic.

“What I want us to do, is start working to save people from it.”