There have been many books set during the financial downturn, from stories about formerly wealthy women forced to start over to families grasping to make ends meet. What the Nanny Saw is a unique look at this difficult period as seen through the eyes of a nanny to an incredibly wealthy family living in London. Fiona Neill’s sharp wit and realistic characters make this book a must-read. 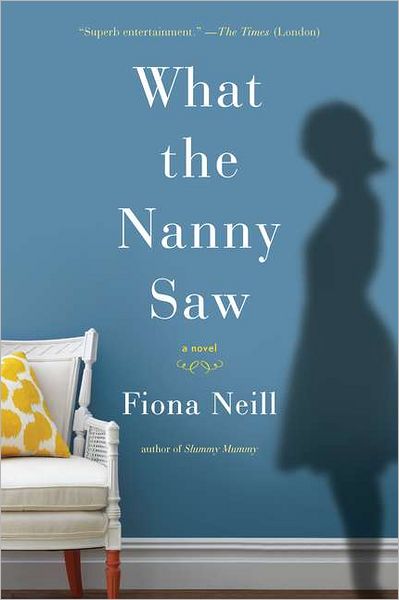 Ali Sparrow has never worked as a nanny before, but she figures she would be good at it. After all, she’s well-educated, and she does have an interest in children. So when Ali responds to an advertisement for a live-in, full-time nanny for Nick and Bryony Skinner and is hired, she’s thrilled.

Nick and Bryony work in the financial industry — he for Lehman Brothers, and she as a financial PR consultant. They have an obscene amount of wealth — Ali doesn’t know if she’ll ever be able to adjust to the amount of money they throw around on a daily basis. But what Ali is most concerned about are Nick and Bryony’s four children — the young twins, her main charges, their teenage daughter, Izzy, and their son, Jake, who is just a few years younger than Ali. As she gets to know the different members of the family and understand their dynamics, Ali begins seeing the increasingly visible cracks in the family’s foundation.

As Ali settles into family life with the Skinners, she’s all too aware that, despite the twins’ attachment to her, she’s just the help. She tries to connect with Izzy, but feels awkward around Jake. After all, he’s practically an adult, and why would he listen to her when she’s just a couple of years older than he is? Ali sees that though Bryony is a control freak when it comes to her children, she doesn’t give them much of her time, and as a result, Ali plays the mother role with the twins and Izzy. As she cares for the Skinner children, Ali is reminded again and again that, no matter how much of an influence she is on the twins, she is not part of the family.

So when the financial downturn starts picking up steam, Ali knows that the Skinners are in trouble financially, but she doesn’t realize how close to home things will get. When Nick is accused of insider trading, and the family’s assets are frozen, things go from bad to worse. Will Ali tell her story and sell out the Skinners, or will she stay loyal and do her best to assist them through this difficult time, despite the fact they’ve never treated her as anything more than the help?