The Dark Knight Rises star Anne Hathaway has released a statement expressing her dismay over the Colorado movie theater shootings. Read on to find out what she had to say. 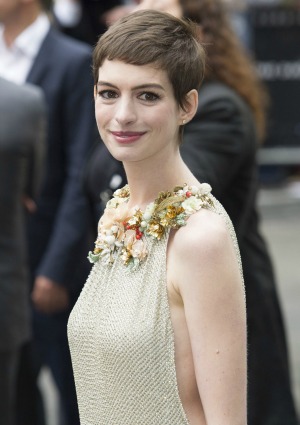 In a statement released to SheKnows by her publicist, Hathaway said, “My heart aches and breaks for the lives taken and altered by this unfathomably senseless act. I am at a loss for words how to express my sorrow.”

“My thoughts and prayers are with the victims and their families.”

Holmes reportedly told police he believes he is the Joker, an infamous Batman villain.

“Words cannot express the horror that I feel,” Bale said. “I cannot begin to truly understand the pain and grief of the victims and their loved ones, but my heart goes out to them.”

Said Nolan, “I would like to express our profound sorrow at the senseless tragedy that has befallen the entire Aurora community. I would not presume to know anything about the victims of the shooting but that they were there last night to watch a movie. I believe movies are one of the great American art forms and the shared experience of watching a story unfold on screen is an important and joyful pastime. The movie theatre is my home, and the idea that someone would violate that innocent and hopeful place in such an unbearably savage way is devastating to me.”

“Nothing any of us can say could ever adequately express our feelings for the innocent victims of this appalling crime, but our thoughts are with them and their families,” he finished.

The senseless tragedy or fear of a copy cat hasn’t seemed to keep moviegoers away from the flick — The Dark Knight Rises is reportedly on track to earn $160 million on its opening weekend, despite Warner Bros. withholding box office numbers until Monday.