The Watch is a silly, R-rated comedy with heavy hitters Ben Stiller, Vince Vaughn and Jonah Hill as regular, small town dudes who get more than they bargained for when they form a neighborhood watch group. Turns out Costco really does have everyone you need under one roof – especially if you’re from another planet! 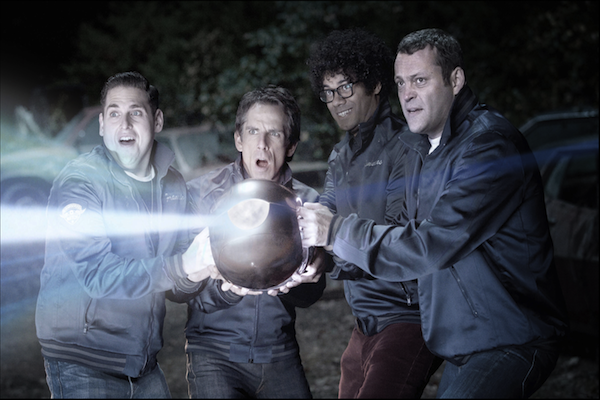 Ben Stiller plays straight-laced Evan, a man with tons of civic pride who enjoys being the manager at the local Costco. After his night security guard is mysteriously turned into a bloody pulp, Evan quickly realizes the police of Glenview, Ohio don’t have a clue as to who committed the ghastly murder. Sgt. Bressman, played by a very funny Will Forte, is delightfully dimwitted though always seems to be at the right place at the right time.

Stiller, Vaughn and Hill talk one-liners in The Watch >>

Evan recruits several other do-gooders to his neighborhood watch, like Bob, an over-protective, yet beer-guzzling dad, played perfectly by Vince Vaughn. Jonah Hill is Franklin, a police-force reject who lives with his mom and has a serious stash of ammo. Most interesting of the bunch is British-accented Jamarcus, played by Richard Ayoade, as a foreigner who appears to be more than just a little socially awkward. Could the odd Jamarcus be hiding a secret? 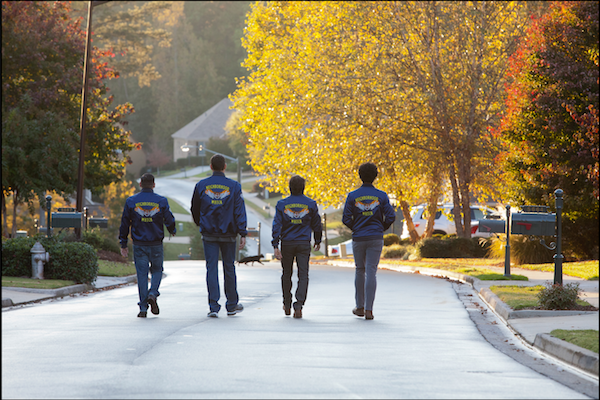 The fun really starts when The Watch crew discovers that a real-life extra-terrestrial is responsible for the Costco killing. Thinking they’ve killed the reptilian creature that spews green slime, the guys have a hilarious trophy scene where they each take goofy photos of the “dead” alien in some very compromising positions.

While there is a lot of “adult” humor in the movie (the alien’s green slime apparently feels and smells a lot like a particular bodily fluid that comes out of a human male, if you catch our drift), the movie feels more like several good comedy sketches knitted together instead of a really funny movie. But that’s okay; given Ben Stiller, Vince Vaughn and Jonah Hill really deliver on their funny.

Bottom line:  If you love these actors, you’ll enjoy a number of hearty laughs from this fab comedic ensemble. But don’t expect any mind-blowing alien special effects. These E.T.s keep their brain inside their penis, making for many good phallic jokes and a giving them an unusual Achilles, um, heel.