Christopher Nolan’s dark interpretation of the Batman series comes to an end with The Dark Knight Rises breaking records for best weekend opening for a 2-D film giving it easy flight into the number one movie this weekend. 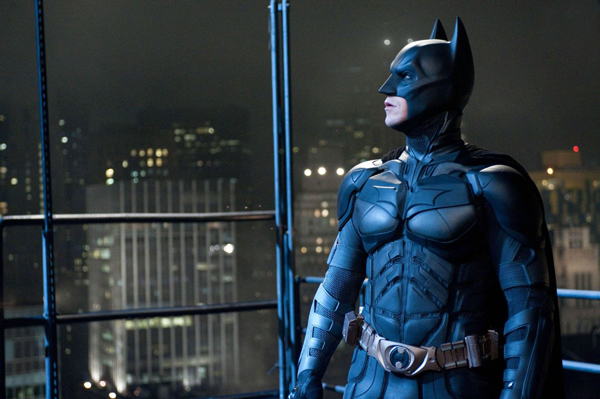 The Dark Knight Rises is the third in a now-capped trilogy from director/writer Christopher Nolan and his Christian Bale Batman friend that has taken audiences on an emotional ride to explore just how dark the saga of one caped crusader can go.

Warner Bros. withheld box office return estimates all weekend due to the shooting that occurred in Aurora, Colorado, during a midnight showing when a gunman opened fire on a theater packed full of fans waiting to watch the movie.

Based on estimates from Deadline Hollywood, The Dark Knight Rises grossed $161 million — the best ever opening weekend for a 2-D film. It also means Rises topped its predecessor, The Dark Knight, which came in at $158 million in 2008.

Coming in second place this week was the frosty friend adventure of Manny, Sid and Diego, Ice Age: Continental Drift. It grossed an estimated $20 million proving that kid flicks are still a top choice at the box office.

Superheroes are also all the rage this summer, and The Amazing Spider-Man proves that with its weekend gross of $11 million. The Sony reboot starring Andrew Garfield and Emma Stone ranks third on the weekend list of top-grossing movies.

Coming in a solid fourth with $10.3 million in returns is everyone’s favorite man-child, Ted, the teddy bear who talks like a sailor and has the maturity level of a stuffed animal. That is, of course, because he is a stuffed animal. He belongs to the character Mark Wahlberg plays with genuine idiocracy in Family Guy creator Seth MacFarlane’s first shot at making a feature film.

Brave, the Disney/Pixar animation about a princess who doesn’t want to get married came in fifth this week with an estimated $5.7 million at the box office.