With one judge definitely gone, and two more possibly on their way out, the show is looking to freshen things up for the new season. 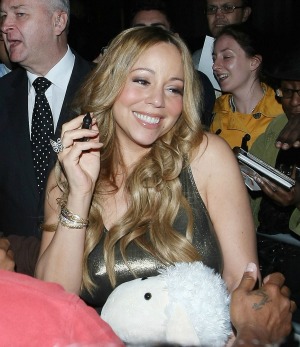 American Idol will not look the same next season, whether they like it or not. With judge Steven Tyler gone, Jennifer Lopez most likely gone and Randy Jackson’s future in jeopardy, the show will need to survive another facelift.

“Though Tyler’s departure was announced last week, the decision to overhaul the show was effectively made months ago, when the 10th season suffered the biggest ratings drop in the series’ history,” said Entertainment Weekly. “Idol was down 23 percent—to 18 million viewers— from the previous year.”

The news of the judges leaving along with the ratings dropped have caused Fox to say that the show needs “fresh energy” and rumors started almost right away about who the new judges might be.

“Though the deal making is still in flux, the current frontrunner to deliver that new wattage is Mariah Carey — with Janet Jackson, Katy Perry, will.i.am, Kanye West, and Fergie also on Fox’s wish list,” said Entertainment Weekly. “Sources say Carey is deep into her talks with Fox and would probably score a paycheck on par with Lopez’s.”

The news could also save judge Randy Jackson if Fox has any inkling of getting rid of him also. Jackson is currently Carey’s manager and if she became a new judge, he would most likely be gaining job security.

It has not even been confirmed that Lopez is leaving, since Fox has not made an official announcement.

Because of the lower ratings, Entertainment Weekly is reporting that Fox is looking to trim the budget of the show. There have been rumors that past Idol contestant Adam Lambert is being considered as a judge also.

Even though ratings are down, the show isn’t in much danger of falling too far any time soon.

“Even if the Idol re-organization doesn’t boost ratings, the show is strong enough to survive another 23 percent drop next season,” said Entertainment Weekly. “Such a decline would give it roughly the same-sized audience as TV’s second-biggest non-sports program: NBC’s The Voice.”