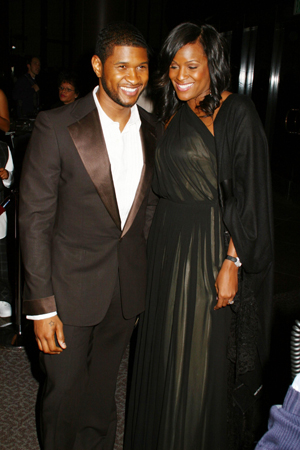 Sad, sad news for Usher and his ex-wife, Tameka Foster: Her son, Kile Glover, was taken off life support at an Atlanta-area hospital and passed away peacefully Saturday morning, according to TMZ.

The family hasn’t spoken out about Kile’s sad passing, but on Friday Foster tweeted a photo of Kile with his brother during happier times. Celebrity pals are sending their sympathy to Foster and the family, though

“Sending my prayers & love to the entire family,” Ludacris tweeted.

Kile was declared brain dead over the Independence Day weekend when a Jet Ski — allegedly driven by family friend Jeffrey Hubbard — landed on an inner tube Kile was riding with a friend.

“Basically, a pontoon was pulling two juveniles on an inner tube, and the watercraft ran over the top of them,” Sgt. Mike Burgamy of the Georgia Department of Natural Resources told the New York Daily News after the accident.

Officials are still investigating the accident on Georgia’s Lake Lanier, according to The Hollywood Reporter.

“One minute the Jet Ski was running around, the next he ran over the top of them — it happened that quickly,” Burgamy added. “It appears the watercraft did strike both juveniles, with the male taking the brunt of the force.”