Movie theaters around the country are increasing security after a moviegoer opened fire at an Aurora, Colorado showing of The Dark Knight Rises, killing 12 people and injuring dozens of others. 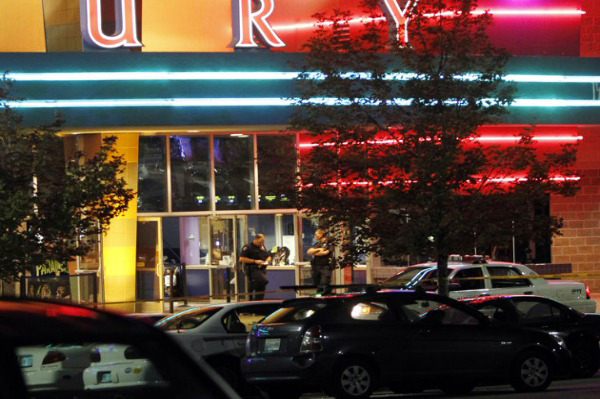 Movie theaters around the country aren’t taking any chances when it comes to copycats bent on recreating the Friday morning Aurora, Colorado shooting. Leading the pack is AMC Theaters: The movie corporation released a statement Friday afternoon banning costumes from their locations until further notice.

“We will not allow any guests into our theaters in costumes that make other guests feel uncomfortable and we will not permit face-covering masks or fake weapons inside our buildings,” a spokesperson wrote in a press release. “We are taking necessary precautions to ensure our guests who wish to enjoy a movie this weekend can do so with as much peace of mind as possible in these circumstances.”

ArcLight Cinemas also expressed similar plans in a tweet, saying that “screenings of Dark Knight Rises will continue as planned. For the safety of our guests, we have increased security on-site at all locations.”

A spokesman for the Los Angeles Police Department said uniformed officers “will walk in, sit next to regular citizens. They won’t stay for the entire movie but they will be looking for anything out of the ordinary.”

More information is emerging about the alleged shooter, James Holmes. The heavily armed California native claimed he was “The Joker” when cops arrested him and is said to be uncooperative with authorities.

Former friends and classmates of Holmes are describing him as “smart” and “a loner.”

“He’s a smart kid,” former high school classmate Brian Martinez told The Huffington Post. “I never figured he’d do anything like this.”