The murders at a midnight screening of The Dark Knight Rises are sadly not the first time film patrons have witnessed real-life violence. A look at movie theater murders and attacks in recent decades. 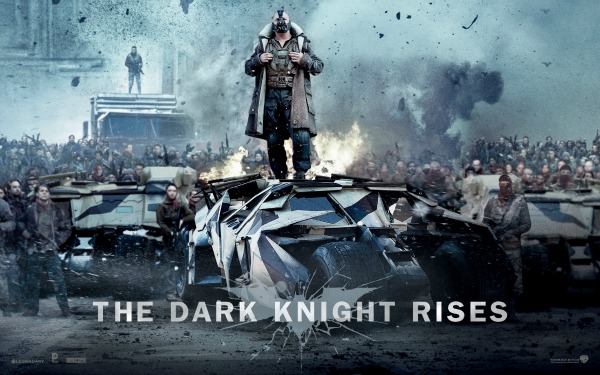 Aurora, Colorado moviegoers likely expected to see plenty of violence and shooting at a midnight showing of The Dark Knight Rises Friday — but only on the screen. After a tear gas attack followed by gunfire at the hands of alleged shooter James Holmes, 12 are dead and dozens have been wounded.

The Dark Knight Rises attack, however, is not the first time such horror has taken place inside of a movie theater.

1979: The Warriors, a film pitting street gangs against police in dystopian New York City brought out violence on both the East and West Coasts. In three separate instances young people were killed during the film’s first week out. One teenager was shot to death, and a second bled to death after being stabbed in California. In Boston a third person was also murdered.

1991: Boyz n the Hood screenings were peppered with violence, including the loss of one life. The L.A. Times reported that in all, 11 people were harmed and one person was killed during three shootouts. In response to the violence, eight theaters pulled the film entirely, while security measures were taken at other screening locations across the country.

2006: X-Men: The Last Stand was the scene of a murder, after a mentally ill man committed a random act of violence, shooting a fellow moviegoer three times. He told police, “I killed someone because I was mad.”

2008: The Curious Case of Benjamin Button was the scene of a shooting, after a fellow movie patron became enraged that a family of viewers was being too loud. The shooter first threw popcorn at a child, then shot the child’s father in the arm.

2010: A Shutter Island screening became perhaps the most bizarre instance of movie theater violence, when a man was stabbed in the neck with a meat thermometer after asking a woman to silence her cell phone.

Sadly, 2012 is now added to the list of movie theater violence incidences. Our condolences go out to the families of the 12 fans murdered while watching The Dark Knight Rises.