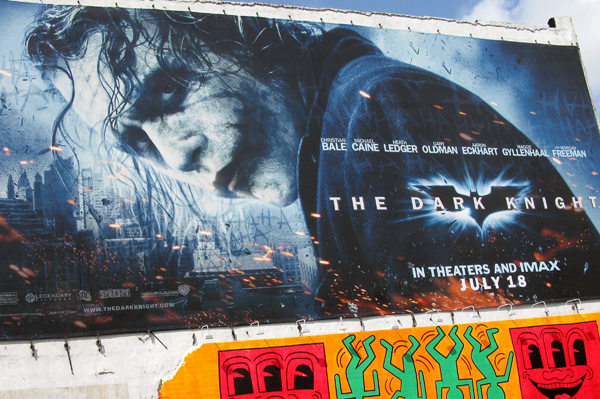 Aurora, Colorado authorities are a long way from speculating on a motive for the horrific attack on a midnight showing of The Dark Knight Rises by alleged shooter James Eaton Holmes. However, we’re getting more information on what happened during the shooting that left 12 people dead with 59 wounded.

“It clearly looks like a deranged individual. He had his hair painted red, he said he was the Joker, obviously the enemy of Batman,” New York Police Commissioner Ray Kelly said Friday at a press conference. Kelly is a close friend of Aurora Police Chief Dan Oates. Oates didn’t confirm the information, but acknowledged that he spoke with Kelly.

ABC New reports that Holmes purchased a ticket to The Dark Knight Rises and propped open an emergency exit to get weapons from his vehicle parked outside. He then came back into the theater and reportedly threw tear gas into the crowd and opened fire. ABC News also reports he was wearing a bulletproof vest, ballistic helmet and a gas mask when he was taken into custody shortly after the shooting. He had four guns that were purchased legally a few months ago, according to the Associated Press.

“I am the Joker,” Holmes reportedly told police during his arrest.

“The pictures we have from inside the apartment are pretty disturbing considering how elaborate the apartment is booby trapped,” officials said outside the building late Friday morning.

Victims described the chaotic scene inside the theater as Holmes allegedly opened fire during a shooting scene in the film.