Everyone is thinking about the victims of the horrific The Dark Knight Rises shooting, but some Twitter users were blissfully unaware of the tragedy when they signed on to Twitter and started writing. 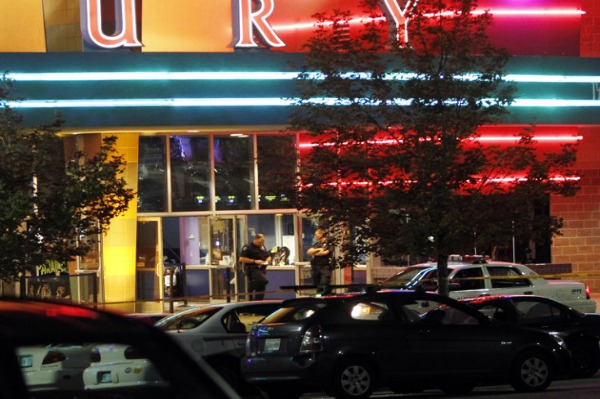 You know that old thing your grandmother used to tell you when you said something stupid? “Better to remain silent and be thought a fool than to speak out and remove all doubt.”

Well, it sounds like some people could have really used that advice this morning — or, at least read the news before they tweeted. Why? Several tweeters with large follower counts wrote insensitive, ignorant messages in light of the horrific shooting in Aurora, Colorado.

“We apologise for our misunderstanding about Aurora — CB,” they wrote soon after. “We didn’t check what the trend was about hence the confusion, again we do apologise.”

Hollywood reacts to shooting at showing of The Dark Knight Rises >>

“We are incredibly sorry for our tweet about Aurora — Our PR is NOT US based and had not checked the reason for the trend, at that time our social media was totally UNAWARE of the situation and simply thought it was another trending topic — we have removed the very insensitive tweet and will of course take more care in future to look into what we say in our tweets. Again we do apologise for any offense caused,” the store added.

Everyone makes mistakes. That wasn’t the worst tweet, though: The honor goes to an account for the National Rifle Association.

The NRA then came out with an apology and deactivated the account.

“A single individual, unaware of events in Colorado, tweeted a comment that is being completely taken out of context,” NRA spokesman Andrew Arulanandam told CNN in a statement.

“Our thoughts and prayers are with the victims, their families and the community. NRA will not have any further comment until all the facts are known.”

More details continue to emerge about the shooting, including the new revelation that the shooter, 24-year-old student James Holmes, purchased a ticket to the movie and was dressed as Heath Ledger’s The Joker from The Dark Knight, according to CNN.