Despite rumors that he’s dating a handful of Hollywood starlets, quarterback Tim Tebow tells SheKnows that he is most certainly single. Find out what he’s looking for in a woman. 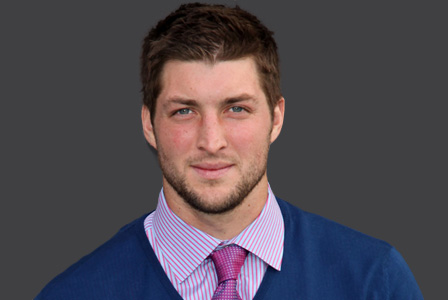 Unlike his previous response to the question of his status (which was usually, “single,” something fans assumed was his way of saying he’s unmarried and avoiding the real question), this time Tebow actually stated that he is a free agent.

“I am not in a relationship,” Tim told SheKnows, shutting down the rumors of romance with Taylor Swift, Dianna Agron and even Katy Perry.

Wonderful news to the millions of Tebow-worshiping young women out there, still hopeful that they’ll be the God-fearing woman this football stud is looking for.

But beyond the religious requirements, and of course the non-promiscuity clause that we assume Tim holds his dates to, what else is this 24-year-old looking for in a woman?

He told us: Someone like his mother and sisters. Tim is close with his mom Pam, and sisters, Katie and Christy.

“I have been so blessed with having great role models around me, number one my mom and two great sisters,” said Tim. “It’s hard for a lot of girls to measure up.”

If you’d like to try, here are some traits his female family members have for you to aspire to: 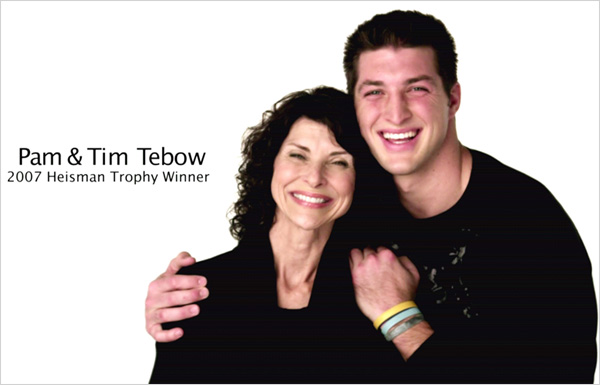 Some others things Tim looks for are “someone that is passionate, that cares, who is a sweet, kind person, and has a great heart and a big heart.”

A competitive spirit and love for board games won’t hurt either.

“My favorite thing to do is hang out with close friends and family and laugh,” said Tim. We play games all the time: Catch Phrase, Taboo, Mafia. We stayed up the other night until like three in the morning just laughing.”

But even Tebow is human: the last trait he added to his list — with a smile — was, “someone that’s pretty too.”

Get in line, ladies!