Parks and Rec’s Rashida Jones makes her screenwriting debut in this anti-romcom as a woman who struggles to relinquish control over her soon-to-be ex-husband. SNL’s Andy Samberg plays man-child Jesse with heartfelt humor, but instead of wanting to kiss him, you may want to give him a timeout. 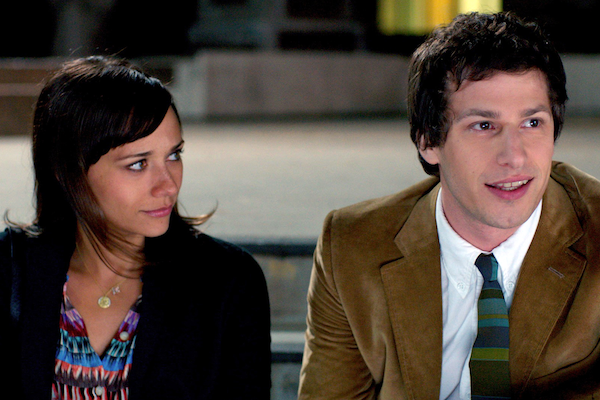 All of Celeste and Jesse’s (Rashida Jones and Andy Samberg) friends agree the couple are best friends — despite their impending divorce. It’s clear they love each other and have grown to need each other, so why are they splitting up? The answer might have something to do with the way Celeste mothers Jesse. She takes care of his every need, so it’s no wonder he doesn’t have a job, an apartment, or a car. She provides all this for him, like a loving mother should. Only problem is, she’s his wife. No big surprise she’s fallen out of love with him, but what is surprising is how much she needs to control him.

As a successful “trend predictor” with a new book and marketing firm, Celeste claims she wants to move on to a man who’s more mature and self-possessed. But as Jesse drifts away in the raft she cut loose, it is Celeste who becomes lost at sea.

When Jesse tells her he’s expecting a baby with a woman he barely knows, Celeste spirals out of control. Her world, the world she thought she had firmly wrapped around her little finger, turns upside down. This is a trend she did NOT see coming. 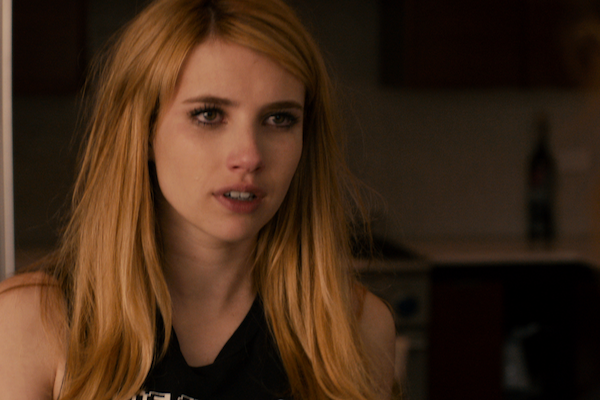 Meanwhile, Celeste’s doing P.R. for a kiss-my-sass pop star Riley (Emma Roberts), who snarls at Celeste over her Starbucks cup of pity. Riley thinks Celeste is the “o” word. Yes, old. When Riley goes through her own breakup, somehow Celeste’s wisdom seems to make being “old” OK.

But the real problem for Celeste (and maybe Rashida Jones and co-writer Will McCormack) is that she’s incredibly unaware of her own shortcomings. She enjoys standing in the corner of the party, putting everyone else down until she realizes she’s standing all alone and then claims to prefer it that way. While the script does a fairly good job at making couch potato Jesse look sympathetic, Celeste isn’t terribly likable. I applaud the film for taking a risk on such a complicated woman, but having to spend an hour and a half with her is challenging at times. 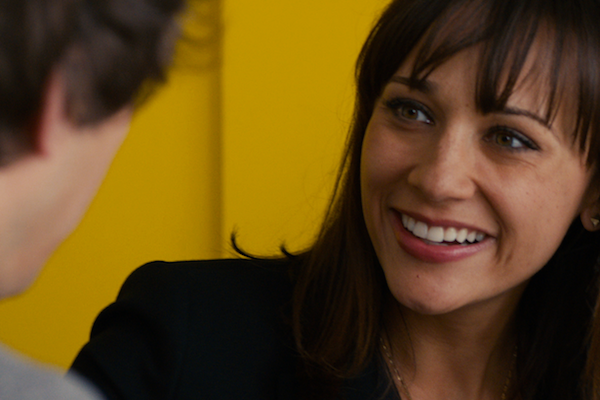 All of the acting is good, it’s just that the stakes for Celeste seem so low. In what’s more typical of a male character, Celeste is the one who needs to realize that no one, herself included, is perfect. But she is beautiful and smart and lives in Los Angeles and is a product of a culture that insists all things are attainable — if you spend enough money and know the right people.

Bottom line: This movie has some cute and clever moments, many delivered by Andy Samberg in his most down-to-earth role yet.