Aaron Sorkin likes to write his own shows, and the second season of The Newsroom may be no different.

Related story The West Wing Could Get a Revival & Take Sterling K. Brown Away From This Is Us 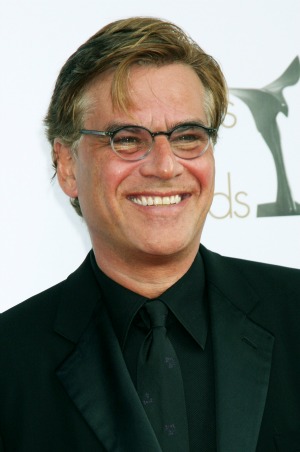 Just two episodes after new series The Newsroom premiered, HBO announced it would be renewing it for a second season.

But it looks like Sorkin has already started changing his formula.

“Most of the writers on the cable drama about a Keith Olbermann-type television news demagogue have been fired, (said) sources with knowledge of the show,” according to The Daily. “‘They’re not coming back, except for Sorkin’s ex-girlfriend (Corinne Kinsbury),’”

However, sources told E! Online that is not the case, and that more writers besides Kinsbury would be staying on for Season 2.

“Every year each show reassesses the needs of its writing staffs. This process is nothing out of the ordinary,” an HBO rep told E!

In fact, HBO is not the only one in the know that says this isn’t anything completely unexpected.

“In the mostly collaborative world of TV, Sorkin is famously known for penning most the scripts himself, and The Newsroom had a smaller writers’ room than most TV shows with less than 10 credited writers,” said The Daily. “It’s not uncommon on other TV series run by powerful show runners to turn over staff.”

Sorkin, who appeared in the May issue of Vanity Fair, told the magazine that the only reason he creates shows is so he can write… he has no interest in only producing.

“I came up as a playwright — writing is something you do by yourself in a room,” he said. “That said, I couldn’t possibly write the show without that room full of people. I go in there, and we kick around ideas.”

With the show in its early days, it seems too soon to speculate about the next season. But for now, fans seem to be tuning in en masse.

“Aaron Sorkin’s return to TV has received a lot of criticism for its portrayal of the media and representation of women,” said The Huffington Post. “But it seems that the audiences are still tuning in.”