Kathie Lee’s play has spent the last year on a Seattle stage, but this fall, it is headed to Broadway. 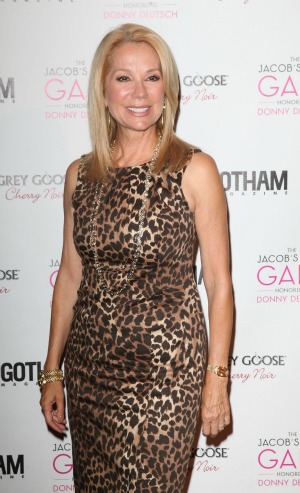 Before this morning, few people outside Seattle knew that Kathie Lee Gifford wrote a play, which has been at the 5th Avenue Theatre in the city since last fall. But this morning on The Today Show, Gifford announced her play will be heading to Broadway.

“Saving Aimee as it was called here during its run has been refined and renamed Scandalous: The Life and Trials of Aimee Semple McPherson,” said Travis Mayfield with KOMO-TV in Seattle.

“I can’t even believe the words are coming out of my mouth today,” she said this morning on Today. “A lot of weird words have come out of my mouth over the years, but we’re announcing today that a musical I’ve been writing for going on 13 years now will be coming to Broadway this fall.”

The story is based on the life of McPherson, who Gifford calls the world’s first “media superstar evangelist.”

“Scandalous is the new musical based on the life of Aimee Semple McPherson… whose passion for saving souls equaled her passion for making headlines,” said KOMO. “Set in 1920’s Los Angeles, holiness collides with Hollywood in the extraordinary tale of one woman’s charismatic rise to fame amidst scandalous love affairs and growing controversy, inevitably ending in her much-publicized fall from grace.”

For Gifford, she became intrigued with McPherson because of the longevity of her story.

“She just broke all the rules and yet she accomplished an amazing legacy that lives on today,” Gifford told KOMO last fall.

McPherson was a media celebrity and one of the first women in radio, but also an evangelist.

“Gifford said she wrote the musical because McPherson was the most interesting woman she’s ever read about,” said Msnbc.com.

Mayfield reports that Gifford saw similarities between herself and McPherson, which is what drew her to the woman.

“It’s easy to see why Gifford might be drawn to McPherson’s life and story,” Mayfield said. “But she says she doesn’t want to preach at people. Instead she sees this play as a way to share the story of this incredible woman, who just happened to be scandalous and filled with faith as well.”