Look out, Chris Pine! Kenneth Branagh is on the prowl. The Irish actor has been tapped to play Pine’s nemesis in the upcoming Jack Ryan reboot. Branagh’s also set to direct, which means he’ll juggle drama in front and behind the camera. 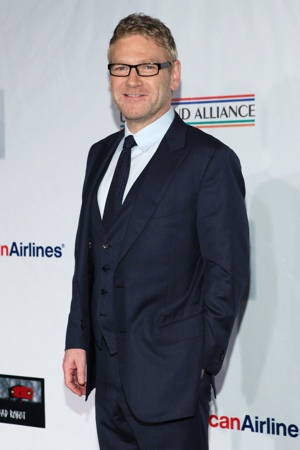 Kenneth Branagh is a jack of all trades. Not only is he an amazing actor but he’s also an amazing director. He’ll pull double duty on his next movie, which will put his filmmaking skills to the test.

According to The Hollywood Reporter, Branagh will co-star with Chris Pine in the latest Jack Ryan film. Pine will play Ryan, who was previously portrayed by Ben Affleck, Harrison Ford and Alec Baldwin.

Ryan is a literary hero that originated in Tom Clancy’s novels. He’s appeared in four film adaptations: The Hunt for Red October, Patriot Games, Clear and Present Danger and The Sum of All Fears.

The newest film is set in Moscow, and centers on the Marine-turned-financial-analyst as he uncovers a terrorist plot. Branagh is already set to direct, and is in talks to co-star as the villain.

His character is “Viktor Stazov, a financial whiz who, with the help of the Russian government, masterminds a plot to devalue American currency and thus destroy the U.S. economy.”

Movie review: My Week with Marilyn >>

Viktor is a drastic change from Branagh’s last role as Sir Laurence Olivier in My Week with Marilyn. His pitch-perfect performance scored him a best supporting Oscar nomination. He also struck gold on the directing front with the Marvel superhero flick Thor, which grossed $449 million worldwide.

2011 was a very good year for the actor and director. We can’t wait to see what the future brings.

What do you think of Branagh as director and star?