Talk about kicking someone while his pants are down: Actor Fred Willard was just fired from PBS’ Market Warriors after he was busted for public lewdness at a Hollywood adult theater. 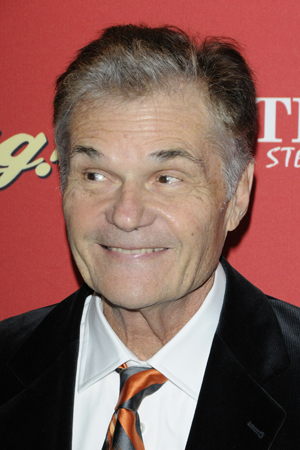 We can’t help but feel bad for 72-year-old actor Fred Willard. The Modern Family and Roseanne actor was arrested on Wednesday night for public lewdness inside a Hollywood adult film theater. The actor reportedly had his penis exposed when the arrest occurred, but Willard told TMZ that the whole thing is simply not true.

“It didn’t happen,” he told TMZ late Thursday afternoon, adding that it was “a difference of opinion” and it’s “all being straightened out.”

Sadly, the situation is “guilty until proven innocent” when it comes to one of his employers, PBS. Willard was dropped from his gig on Market Warriors after the news came out today. Antiques Roadshow host Mark Wahlberg — no, not that Mark Wahlberg — will take over as host of the show.

“It’s something we felt was important to decide, and given the trust of our audiences, we wanted to move forward.”

Willard’s lawyer also denied the claims and added they’ll be trying to clear his name.

“With all due respect to the individual officer, our belief is that Fred did nothing in any violation of any law,” said lawyer, Paul Takakjian, in a statement.

Easier said than done, we’re assuming — just ask Paul “Pee-Wee Herman” Reubens. The actor was busted for virtually the same thing at a Florida theater in 1991. It’s still all that many people think about when his name comes up.

“My story led the news for five days in a row. This man killed lots of people, drilled holes in their heads and poured acid into them. And he got the second spot on the news, after me,” Reubens lamented to Playboy in 2010.

He was also disappointed when some of the people he thought of as friends — like Jay Leno and Arsenio Hall — made countless jokes at his expense.

“I was shocked people would kick me when I was down,” he said.