Morgan Freeman is putting his money where his political views are: He just donated $1 million to a political action committee for President Obama’s re-election campaign. 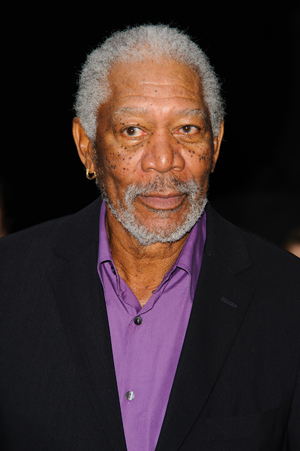 The Dark Knight Rises actor Morgan Freeman might not think President Barack Obama is the United States’ first black president, but that doesn’t mean he doesn’t support him.

“President Obama has done a remarkable job in terrible circumstances,” the veteran actor said in a statement. “He has ended combat operations in Iraq, put in place sensible reforms of Wall Street, saved the auto industry and protected the healthcare of every American with a pre-existing condition. He has recognized the full equality of all our brothers and sisters and placed impressive, accomplished women on the Supreme Court. In return for this he is being targeted by hundreds of millions of dollars in special-interest money. I for one am proud to lend my voice — and support — to those who defend him.”

The donation comes just weeks after Freeman caused a bit of controversy in Hollywood by saying that Obama isn’t really “black” because his mother was white.

Freeman is an equal-opportunity offender, though: He then went on to blast the GOP for not working with President Obama on key issues, saying that he “is being purposely, purposely thwarted by the Republican Party, who started out at the beginning of his tenure by saying, ‘We are going to do whatever is necessary to make sure that he’s only going to serve one term.'”

“That means they will not cooperate with him on anything.”