None of the women on Revenge are mother of the year. Most of them are cold, manipulative and downright crazy. Now, Jennifer Jason Leigh has just joined the psychotic bunch. She’s been cast as the hidden matriarch of Emily’s family. 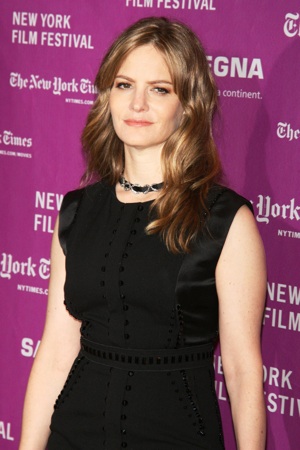 Revenge’s Emily VanCamp has found her onscreen mother. After months of searching, producers have hired Jennifer Jason Leigh to play her missing mama.

Before casting the role, Kelley described exactly what he was looking for. This isn’t a traditional mother-daughter team. They wanted someone who could work well with VanCamp and hold their own opposite resident diva Madeleine Stowe.

“What we really want to do is find the perfect actor for the role. It would be really great for her to be as formidable as Madeleine [Stowe], but it’s a completely different part,” said Kelley.

“What you’re going to discover about the woman who was Emily’s mother is the circumstances under which they were separated and you’re going to find that there’s some deep psychological issues with her, which I think is going to be fun for us to explore. For Emily, she’s going to start seeing some of the psychological damage that her mother has in herself.”

Prior to Leigh, there were many rumors circulating about who should play the part. Everyone from Marcia Cross and Virginia Madsen, to Sharon Stone and Diane Lane were possibilities. Leigh is a fine choice and we’re excited to see what she’ll bring to the table. It’ll be interesting to watch her and VanCamp interact with one another.

What do you think of Leigh as Emily’s mom?