It’s hard to say what is more entertaining—watching the Summer Olympic Games or listening to the judges’ hushed commentary. But let’s be honest, sometimes the judges come at us with a word that makes us think, “Did they just make that up?” To help you better enjoy the Olympic Games this summer, here is a glossary of terms. 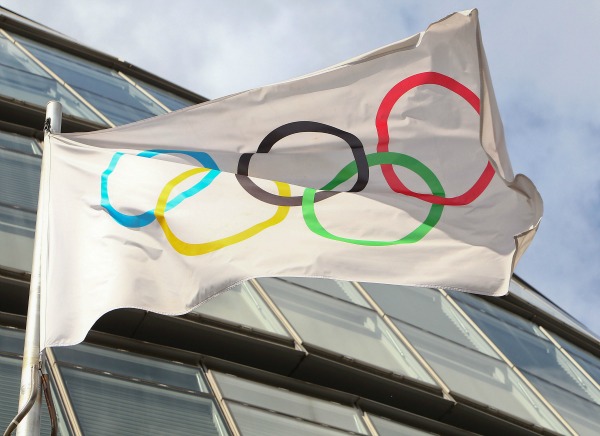 Chef d’Equipe: Chef d’ what? Looks like something you’d find on the side of an Infomercial kitchen gadget. When it comes to all things equestrian, this term means “A team’s head coach.” This is a French term, but in English it loosely translates to “H.B.I.C.”

Sono-mama: No, this is not how you say “no” to your mother in Japanese. It is a term in Judo meaning, “Do not move.” Sono-move was already taken.

Waza-ari-awasete-ippon: As many of you already know, this is a victory by scoring two waza-aris. We have no idea what waza-aris are, but they sound very impressive. It is our understanding that this Judo term is usually accompanied by an elaborate victory dance.

10 cool facts about the Olympics that your kids will love >>

D-Score: This is not to be confused with the D-bag score, which is something you and your friends do at the bar on Saturday night. Example: “Check out that guy’s Affliction shirt that is three sizes too small for him. That gives him a D-bag score of 10!” In gymnastics, a D-score measures the degree of difficulty in the routine.

Full-in, back-out: Again, this is not a night-club term that refers to women who get pie-eyed, hit the dance floor and thrust their backsides in such a way that invites the male species to grind on them in a primal and ageless weekend mating ritual. It is a gymnastics term that means: A double salto with a full-twist performed during the first salto.

A revealing chat with Summer Sanders >>

Miller: This is a term used during the trampoline event. It is a triple-twisting double-backward somersault. Miller is Latin for difficultis-movis-followed-by-Milleris-timeis.

Harpaston: This is handball term. It is an ancient Roman event in which athletes threw a small ball to teammates. Harpaston is one of the sports to which handball is believed to trace its roots. If you are wondering what this word means, you likely have other questions about handball, like why is it considered a sport? We’re not sure. In fact, no one is.

Michael Phelps got way “fat” after the Olympics bro >>

Tool: In the game of beach volleyball, the term tool has two meanings. 1. When the attacker hits a ball that ricochets off the block, resulting in a point. Also referred to as “using the block.” 2. A guy who struts around like a peacock when he gives another player a “facial” and proceeds to slap all his teammates on the a**.