Tom Cruise sure moves fast! Within literally days of his quickie divorce to third wife Katie Holmes, the star is reportedly back on the market with an up-and-coming actress. We smell another Scientology contract! 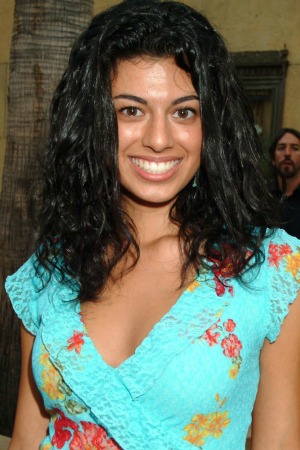 And the next Mrs. Tom Cruise is… Yolanda Pecoraro?

If you’re one of the few Scientologists left in the world, surely you know the otherwise little-known 20-something actress.

Reportedly, by way of Radar Online, the New Jersey native is a “Scientology princess.”

Exploring this more, Pecoraro, 27, is allegedly a devout practitioner who was born into the controversial “religion.” That’s really the only way the church grows its membership anymore.

The message boards created by those who know best — ex-Scientologists — contend that the Pecoraro family may have been in “deep” with the religious movement.

By that, ex-members claim both her parents are or were in the hard-core Sea Org — the division of Scientology where members literally sign billion-year contracts to dedicate themselves to the cause.

It’s also speculated that at least one parent may have been involved with Scientology’s Office of Special Affairs, an arm of the church that has come under fire for spying on Scientology defectors and critics.

After all, the church, in keeping with its approach, is said to do “whatever it takes” to “stabilize the situation,” with Radar Online inferring that “stabilizing” the situation just might come in the form of Cruise closing another marriage contract with Pecoraro.

It’s been widely reported that Katie Holmes’ alleged Scientology-orchestrated marriage contract was coming due around the time she left the 50-year-old Mission Impossible star.

The divorce was finalized in blink-and-you-miss-it time a little more than a week ago.

This time around, unlike his marriages to Katie and Nicole Kidman before her, Pecoraro knows what she’s getting into with Scientology. It might just work.

The writer behind Tom Cruise tell-all — Tom Cruise: An Unauthorized Biography — claims the three-time divorcé has been googly-eyed over Pecoraro for some time now.

Author Andrew Morton notes the actors met at the opening of a new Scientology center in 2004 — a year before he proposed to Katie.

They’re even rumored to have dated before, with photos circulating of the pair alongside Scientology leader (and Tom’s BFF) David Miscavige, and Mr. and Mrs. Posh Spice (who were also, reportedly, recruited to join the church).

Some have gone so far as to say that Cruise picked up the tab for Pecoraro to take expensive Scientology classes at its Celebrity Center in Hollywood.

Pecoraro denies the whole thing, and is allegedly living with a boyfriend in a modest apartment in Silver Lake, California.

We say, with the way Scientology often gets its way (money talks): “Let the couch-jumping ensue!”