Russell Brand told Howard Stern why his marriage to Katy Perry fell apart — and in the nicest way possible pretty much blamed it all on her. 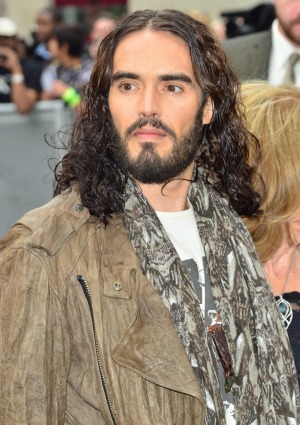 What really caused the marriage of Russell Brand and Katy Perry to collapse? Katy isn’t talking (although her songs lately have pretty much said it all), but Brand is shedding some light on the subject.

While pimping out his new show, Brand X, on Howard Stern, the Rock of Ages star spent most of the interview discussing his recent split from the pop star.

But soon after tying the knot in India, he realized “this isn’t really working out, it’s a difficult situation… I was really, really in love with her, but it was difficult to see each other… We were together when it was right to be together, and when it wasn’t we worked it out… It was a lovely relationship… it mostly didn’t work for practical reasons… We did work it out, she’s happy, I’m happy.”

Basically, Katy’s career killed it. “She’s young, successful and dedicated,” Brand said. “(The reality is) you can’t fully understand it until you do it. I was really into the idea of marriage and having children.” And apparently, Katy was not — a struggle that was alluded to in her recent backstage concert flick, Part of Me.

While Stern pressed for more details, Brand would not give them out of respect for his former wife (the divorce was finalized earlier this week).

“I don’t want anything to hurt her,” he said. “She’s younger than me, she’s a young woman and she’s beautiful and she’s sensitive, and I care about her deeply… I don’t want to be too glib. She’ll read it (in the tabloids) and she’ll be sad and I don’t want that.”

But Brand isn’t wallowing in self-pity. Admitting that the other side of his bed was being kept warm while he was conducting the phone interview, he said he hopped right back into the dating game.

“If you’ve been on a diet of rice for a while and suddenly Willy Wonka asked you to take over the factory,” he said, “you’d be kicking over barrels of candy and swimming in a chocolate river.”