Peter Jackson has long been known to create lifelike characters from books, but is he planning to take a step in a new direction and make a comic book movie? 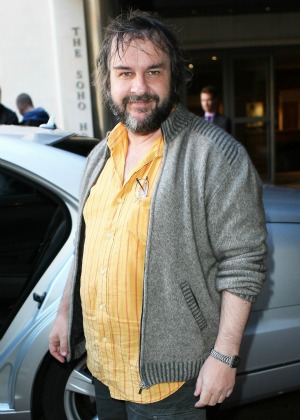 “The filmmaker behind The Lord of the Rings trilogy and the upcoming prelude The Hobbit said superheroes may rule in Hollywood, but he has no interest in doing a comic-book adaptation himself,” said the Associated Press.

Superhero movies are big in Hollywood right now, and in most cases an easy sell. But for Peter Jackson, it’s not something he is a fan of.

“I’ve never actually read a comic in my life,” Jackson told the AP at last week’s Comic-Con. “That’s a lie. I did read The Walking Dead in the last year or two, which I thoroughly enjoyed. But I’ve never read a superhero comic. I’ve literally never turned a single page of a single superhero comic.”

Marvel’s The Avengers and The Amazing Spider-Man have both been blockbuster hits this summer, and the Batman finale The Dark Knight Rises is set to break records when it opens this weekend.

But Jackson isn’t saying he doesn’t think the genre has its place in Hollywood.

“You’re dealing with a situation in which the audience votes with its bums, as they say,” he said. “We’ve got to make films that get kids off their iPads and away from their home entertainment systems and back into the cinemas again. So I think anything that can stimulate a return to the cinema is a good thing, no matter what the genre is.”

The director goes on to say that he wishes there was more variety in movie-making now. He told the Associated Press that would love to do something smaller sometime soon. The Hobbit is set to be released in December, and is currently helping produce Steven Spielberg’s sequel to The Adventures of Tintin. He talks about what is in the future for that story.

“We have talked about us co-directing at some stage, but we have talked about the idea of bringing in a third filmmaker,” Jackson said to AP. “But then, we’ve said, ‘You know what? If we’re having so much fun, it’s something we might just want to keep on doing ourselves.’ So we certainly haven’t put our minds quite into a third film yet.”