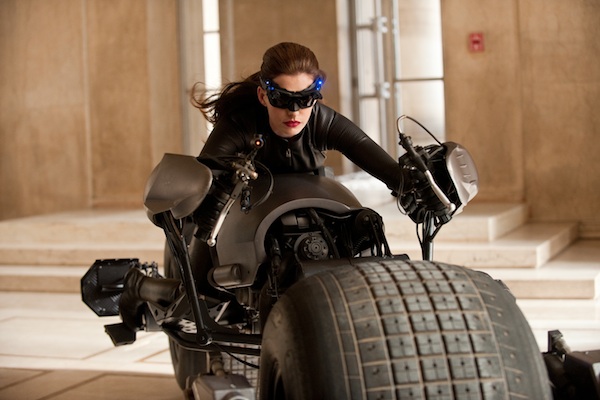 The enigmatic Christian Bale is back, for the last time as Batman in the much anticipated The Dark Knight Rises. Set eight years after the last film, Bruce Wayne has become a recluse in his mansion with loyal but concerned manservant Alfred, played by Michael Caine, at his side. And Alfred has much reason to be worried — heartsick Bruce has given up his fight for justice and his support for young orphans has slumped due to his lack of attention to Wayne Industries. What lonely, lovelorn Bruce doesn’t know, is that a dog of a villain named Bane, played by a strangely muzzled Tom Hardy, may threaten not only his dwindling finances, but all of Gotham City.

Meanwhile, Joseph Gordon-Levitt plays rookie cop John Blake, who declines to use his real first name until the end of the film (will a new franchise emerge starring Gordon-Levitt?). John Blake searches for his hero, Batman, amidst the chaos the evil Bane is causing in the stock market.

And then there are the women. French-flavored Miranda Tate, played by the seductive Marion Cotillard, begs Bruce Wayne to help her develop “clean nuclear energy” for the benefit of Gotham City. But who is she really working for? Take note of the tiny scar she has on her back — you may just see the same scar on another character. 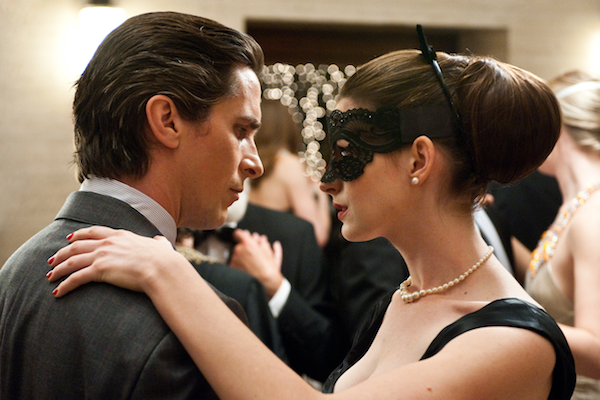 Feline-flavored Selina Kyle, aka Catwoman, played by cat-nificent Anne Hathaway, has Batman growling and purring. Literally a cat burglar, she manages to break into Bruce Wayne’s safe and steals a pearl necklace along with his fingerprints. But she has even bigger skills and secrets, prompting Batman to team up with the crafty cat-ess against Bane, who is more pit bull than man — and they fight like cats and dogs.

While Christian Bale is easy on the eyes and always gives an electrifying performance, it is Anne Hathaway who steals the show. She’s made much out of the psychological trauma she endured getting in shape for the catsuit, but what really shines here is her dry wit and ability to access subtle emotions. Though she manages to hide her secrets underneath her tough exterior, those big brown eyes can’t help but reveal them one by one. This is her best role since Brokeback Mountain. 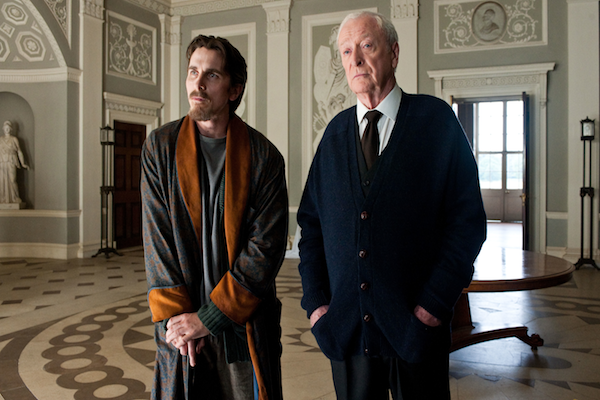 Bottom line:  At 2 hours and 45 minutes, the story in the first half of The Dark Knight Rises feels a bit convoluted, as if it is struggling to figure out where to focus. But by the second half, the conflict between evil and not-so-evil settles in for an apocalyptic assault where Catwoman shines. Although too scary for small children, there are many delicious surprises along with stunning IMAX cinematography to delight every moviegoer.