Stewart’s show holds nothing back when sharing how they feel about the network’s dispute with the cable carrier. 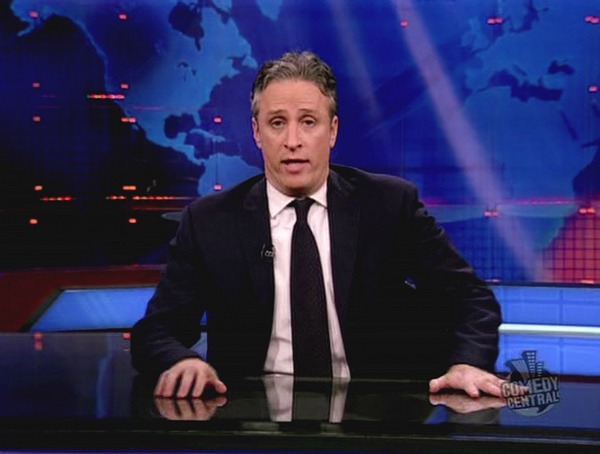 Jon Stewart has never been one to shy away from anything controversial, and this time that goes for the company he works for.

The Daily Show airs on Comedy Central, a Viacom network. The company is in a dispute with DirecTV, causing a blackout of networks like Comedy Central, MTV, BET and Nickelodeon to all subscribers.

“Viacom, DirecTV, what are you doing here?” Stewart said in a July 16 episode of The Daily Show. “You got ad campaigns blaming each other for taking the shows away. You’re telling people to rise up and demand it like it’s some kind of basic cable Arab Spring. I’ve got news for you, it’s not! None of this matters. None of this is indispensible.”

Stewart makes the point that people will give up on watching their shows eventually and look for entertainment elsewhere.

“Do you remember Oprah?” he continued. “She went off the air and for like three days millions of viewers were like ‘Oh no, what are we going to do?’ but you know what happened on day four? They went ‘Who’s this Ellen lady?’”

On July 16, The Daily Show also tweeted that they would be offering “information” on what DirecTV customers are missing. In true Daily Show fashion, this tweet was more ironic than anything.

“As a service to our blacked out DirecTV viewers, The Daily Show will be tweeting updates of missed programming with?#OnViacomRightNow?.”

They followed the tweet with dozens of tweets in just a few days. It’s hard to tell if the show is promoting their parent company, or mocking the shows that Viacom airs.

Following are a few of examples of some of the tweets.

“#OnViacomRightNow? On MTV2 a puppet talks to an animated duck.”

“#OnViacomRightNow? One of the TeenNick teens just got pregnant and had to be transferred to @MTV.”

“#OnViacomRightNow? A show you don’t think of as old, but you suddenly realize aired 20 years ago, is airing on TV Land.”

Stewart went on to blame Viacom for pulling many of their shows from the internet.

“You’re pulling the shows from the internet? Viacom…what are you, China?” he said.

To be fair, The Daily Show does seem to be mocking both sides of the battle, but time will tell if his show will get any flack for the negativity (however hilarious) aimed at his company.