The Modern Family star has signed multiple endorsement deals, as well as her own clothing line. 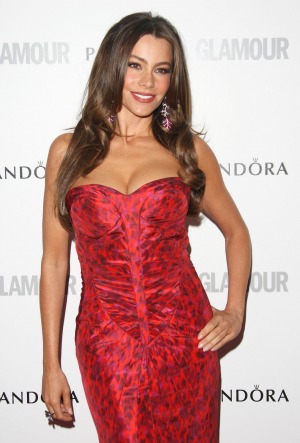 Vergara is one of the stars on ABC’s Modern Family, but that is not how she made all of her money. Forbes estimates her earnings between May 2011 and May 2012 at around $19 million.

The actress has endorsement deals with Cover Girl, Pepsi, Burger King and Comcast, as well as a clothing line sold through Kmart.

“In the past year the actress has signed endorsement deals in English and Spanish that amount to a whopping $12 million,” said Forbes. “Kmart has gotten behind her clothing line with an advance that will total $7 million by the end of 2012.”

Vergara reportedly was just engaged to on-again, off-again boyfriend Nick Loeb. The 40-year-old Colombian actress is the daughter of a farmer.

“In Vergara, television has found the cross-over star it’s been waiting for since Desi Arnaz left the airwaves,” said Forbes. “Her appeal with Hispanics is unrivaled.”

“Kardashian, whose family just re-upped their contract with E! for $30 million,” said Forbes, “kept busy in 2012 with Keeping Up with the Kardashians and keeping up appearances in the wake of her quickie divorce.”

Like Vergara, Kardashian also has a clothing line at Sears.

Eva Longoria comes in third on the list, earning $15 million for her role on Desperate Housewives, as well as her own endorsement deals.

“Longoria’s got earnings that land her far above her on-screen neighbors,” Forbes said. “Endorsement deals with L’Oreal and Pepsi Next earned her $5 million and sales of her cookbook, two fragrances and a handful of small movie roles rounded out her 2012 earnings.”

Both Vergara and Longoria are Hispanic, and their earnings show producers and advertisers alike what America is looking for next.

“As the U.S. Hispanic population booms (Latinos accounted for over 50% of America’s population growth over the past decade),” said Forbes, “media companies are scrambling to capitalize on the estimated $1 trillion in spending power the demographic commands.”