Always one to find a liberal conspiracy in the most innocent of places, Rush Limbaugh continues his Hollywood hate campaign by insinuating the latest Batman blockbuster, The Dark Knight Rises, is a plot to bring down presidential hopeful Mitt Romney and, we’re assuming, the Republican party. 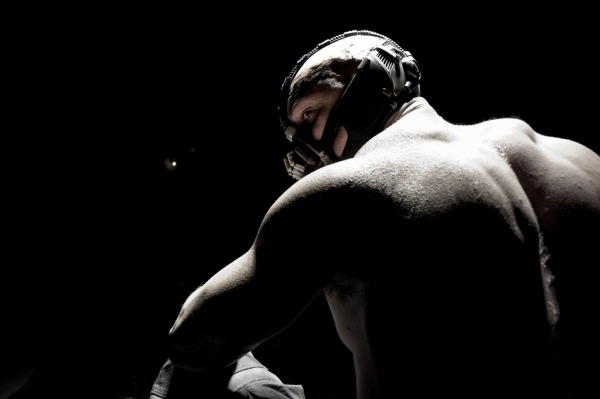 On Tuesday Rush Limbaugh took to his radio show, the vehicle by which he transmits all his conspiracy theories to the wider world, to let us know: Dark Knight Rises is a Hollywood-backed conspiracy against Mitt Romney and his ilk.

How is this possible, you ask?

“This evil villain in the new Batman movie is named ‘Bane,'” said either the far-right blowhard or “Great American,” depending on where you stand politically. “A lot of people are gonna see the movie — and it’s a lot of brain-dead people, entertainment, the pop culture crowd — and they’re gonna hear ‘Bane’ in the movie and they’re gonna associate ‘Bain.'”

That “Bain” — with an “i” — is none other than the private equity giant that presumed GOP nominee Mitt Romney co-founded in 1984.

Contrary to Romney’s earlier statements, the Obama camp has claimed in recent days that the politician and businessman was at Bain during a time when jobs were being shipped overseas. That’s a no-no for the self-proclaimed “job creator.”

You see where we’re going with this?

“The thought is that when they start paying attention to the campaign later in the year, and Obama and the Democrats keep talking about Bain, Romney and Bain, that these people will think back to the Batman movie, ‘Oh, yeah, I know who that is,'” Limbaugh continued on Tuesday. “The Bane character in this movie was a terrorist. He’s out to destroy Gotham, New York City, which is the case in every Batman movie.”

Here’s a big problem with Rush’s “logic:” Bane, played by Brit actor Tom Hardy, made his debut in 1993 in the comic book series, Knightfall.

At the time, the spin-off company Bain wasn’t even a decade old.

It would be another year before Romney even ran for U.S. Senate in Massachusetts — losing to Ted Kennedy.

So, if this is some big Hollywood conspiracy to bring down Romney and, in turn, the whole of the Republican party, then Knightfall’s writers were indeed psychic.

They must have known all along that Bain Capital would go on to become one of the largest investment firms in the country. They must have also known one of its founders would be thrust onto a national stage some 15 years later — when he first sought (and lost) the GOP nod for pres in 2008.

Yup, that sounds about right.