It’s tough to be the only kid in town who talks to the dead when everyone already thinks you’re a freak. Little Norman, much to his dismay, has the gift for gab with the undead in ParaNorman. 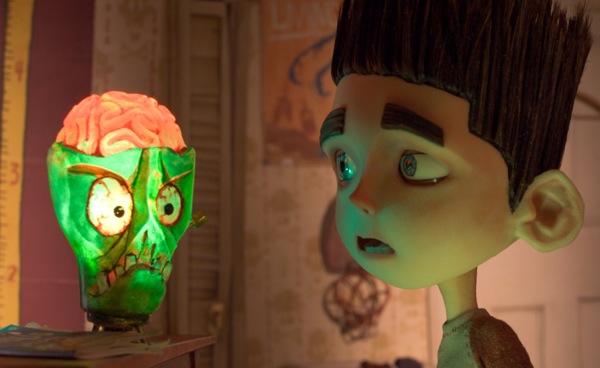 From the makers of the Academy Award-nominated Coraline, the new comedic take on the dark side of life comes in the form of a quirky comedy, ParaNorman.

‘It takes a lot of guts’

Think The Sixth Sense meets Beetlejuice with a hint of childish ghoul for this creepy animation about a kid named Norman Babcock who has the uncanny ability to speak to the dead.

You’d think everyone would be dying to hear more about his unique skill, but not in Blithe Hollow, the New England town where Norman lives. Instead, the townspeople have shunned Norman. It’s only when the dead start talking to them that they need this little boy’s help.

‘You don’t become a hero by being normal’

The trailer for this new animation from Focus Features shows Norman taking heat from his parents, his sister, and even the kids at school. We’ve all been there, big guy! But what this little outcast has to learn is that no matter how much you think people hate you, we’re all a part of one society. Norman just has to be himself and put his good talents to use if he’s ever going to be able to walk down the street again.

Last year’s celebrity Halloween costumes give inspiration for this year >>

When Norman gets news that an infamous Witch is waking up from a very long and angry sleep and raising the masses of undead, he’s got to save the town that previously despised him. Making friends is now more important than ever.