Comic Louis C.K. was labeled a “rape apologist” after he tweeted to Daniel Tosh in the midst of his rape joke controversy. Turns out, C.K.’s tweet meant something completely different. 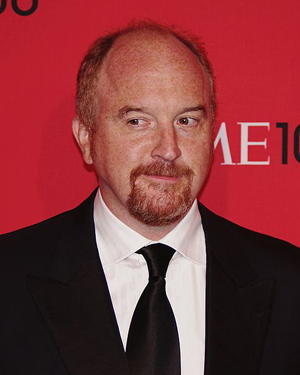 Everyone was up in arms last week when a blogger wrote that Daniel Tosh said that it would be funny if “like five guys” raped her during a comedy show at The Laugh Factory in Los Angles. The comment went viral, forcing Tosh to comment on it via Twitter.

“The point i was making before i was heckled is there are awful things in the world but you can still make jokes about them. ?#deadbabies,” Tosh tweeted. A few minutes later, fellow comedian Louis C.K. sent a tweet to Tosh, leading people to assume that he was taking the Tosh.0 host’s side.

“@danieltosh your show makes me laugh every time I watch it. And you have pretty eyes,” the Louie star tweeted. Turn out, the tweet had nothing to do with the rape controversy — C.K. didn’t know anything about it.

“I was on vacation in Vermont, watching TV in a hotel room and Daniel Tosh’s show, Tosh.0, comes on and it’s making me laugh, it’s a funny show. I wasn’t reading the internet at the time because that’s how I go on vacation — I really hate the internet — so I just stopped reading it,” he told Jon Stewart Monday night on The Daily Show. “But I’m watching TV and Tosh is making me laugh, so I wrote a tweet.”

He knew nothing of the situation until he came home and went onto the web.

“Two days later, I come home and read these bloggers and Hollywood reporters [saying] ‘Louis C.K. Defends Daniel Tosh Amid Rape Joke Controversy.’ I had no idea. He got in trouble for making some jokes about rape and I didn’t know about it. So I’m a defender of rape, that’s what everybody says now… I’ve been called a rape apologist cause I said hi to a guy,” he said.

Here’s the thing, though: C.K. loves a good joke, no matter if it’s about rape or “the Holocaust,” in his words.

“And on the other side, comedians can’t take criticism. We’re just a bunch of p***ies” he added.

So, Louis C.K. wasn’t exactly siding with Tosh, but he understands it. C.K. is a brilliant comedian, but he also pushes the lines a bit with jokes about, uh, having sex with dead babies, for lack of better words.

Tosh is hardly the first comedian to make incessant rape jokes — and it sounds like he won’t be the last, either.