Jada Pinkett Smith took up the cause only after her 11-year-old daughter Willow urged her to. 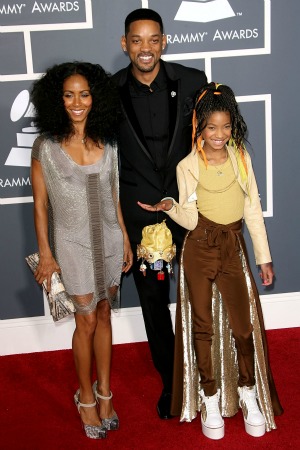 Actress Jada Pinkett Smith spoke to Congress today, urging them to increase their fight against human trafficking, in the United States and internationally.

According to the Associated Press, Smith spoke in front of the Senate Foreign Relations Committee, saying that she was planning to start a campaign to increase awareness about the fight against slavery and human trafficking.

“Fighting slavery doesn’t cost a lot of money,” she told the committee, said the Associated Press. “The costs of allowing it to exist in our nation and abroad are much higher. It robs us of the thing we value most, our freedom.”

The actress said she was made aware of the situation by her 11-year-old daughter Willow. Both Willow and her father Will Smith attended the testimony wearing matching shirts that read “Free Slaves,” according to the Associated Press.

Jada Pinkett Smith compared the slavery around the world with the slavery which was supposed to end when President Lincoln signed the Emancipation Proclamation.

“The actress called for an extension of the Trafficking Victims Protection Act, which provides funding to combat trafficking and help trafficking victims,” the AP reported. “The act also created a task force, chaired by Secretary of State Hillary Rodham Clinton, which coordinates among federal agencies to implement policies against human trafficking.”

Smith expanded upon the need for more federal funding for the cause, not just to save the victims but to provide them futures.

“We need more adequate funding for programs that can actually, first, protect young women and men who are victims of trafficking and then also the programs that help transition our young people from those traumas into being able to create and develop lives so that they’re not only survivors but they are thriving,” Pinkett Smith said, according to ABC News. “These young ladies that are here with us today are young women who are not just surviving but they’re thriving.”

“Various estimates indicate that between 21 million and 27 million people are currently enslaved around the world, including an approximation of 40,000 victims in the United States,” according to ABC News.