Elton John told Matt Lauer in an interview this morning that the reason he didn’t publicly come out sooner was simply because no one asked. 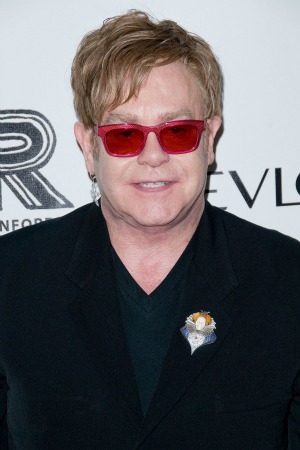 Elton John sat down with Matt Lauer on Tuesday morning’s Today show. John came out publicly as gay in 1976, but tells Lauer he wasn’t hiding it before that.

“Nobody asked me,” John said. “When Cliff Jahr asked me in Rolling Stone, ‘I’m going to ask you a question, but if you don’t want to answer it, I’m going to turn the tape recorder off.’ And I said, ‘You’re going to ask me if I’m gay or not.’ And he said, ‘How did you know that?’ I said, ‘I’ve been waiting for people to ask me this. It’s not exactly a secret. I live with my manager. I’m openly gay outside. I don’t have a girlfriend. And nobody’s ever actually… I just thought it was common knowledge.'”

For John, he didn’t worry about how this might affect his personal life. But Lauer asked if he thought it would affect his career.

“No, I honestly didn’t,” John said. “And, to be honest with you, it did a little in America. People burned my records for a second and radio stations didn’t play me. It didn’t have a big effect on me whatsoever.”

The foundation has raised more than $275 million in the fight against AIDS. John told Lauer that he regrets how he acted in the early 1980’s when people around him were being infected and dying.

“I wasted such a big part of my life when this epidemic was beginning to happen in the early 1980’s, and I was a drug addict and self-absorbed,” John told Lauer. “I was having people die right and left around me, you know friends, and I didn’t stop the life I had.”

Before she died in 1997, John’s friend Princess Diana spent years helping people realize the importance of bringing the disease into the spotlight and making the victims human.

“She wanted to do something desperately for the AIDS foundation,” John said. “She was amazing, because she was the first person of the royal family or someone that famous to go out into an AIDS ward and touch people and hold them and hug them. And, you know, at a time when people, ‘Ooh, don’t touch them, you know, you might get AIDS.’”

The second half of Elton John’s interview with Matt Lauer will air Wednesday morning on the Today show.