Miami-based rapper Pitbull better start shopping for snow parkas: A Walmart in Kodiak, Alaska won a personal appearance from the rapper, thanks to some Internet rabblerousers. Find out what Pitbull thinks about his upcoming trip. 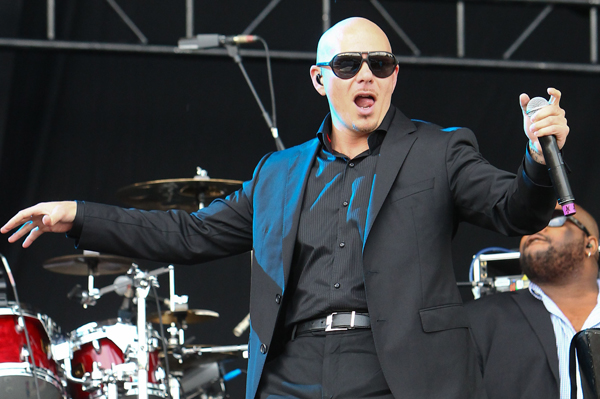 It’s hard to go anywhere these days without hearing a song by Pitbull, or a song that has Pitbull rapping on the hook, or a song referencing Pitbull. He’s everywhere — and soon he’ll be in the most remote Walmart in America, thanks to some web trolls.

The whole thing started a few weeks ago when the Cuba-born rapper announced that he’d visit any Walmart that received the most ‘likes’ on Facebook. Well, Something Awful creators David Thorpe and Jon Hendren took that as a challenge to send Mr. 305 to Kodiak, Alaska by launching the #ExilePitbull tag on Twitter. The plot went viral and the Kodiak Walmart ended up getting over 70K thumbs up on the social media site.

Think Pitbull is upset about this? Think again: The rapper is actually excited for the trip — and he invited the trolls with him.

He also posted a video about the upcoming appearance, saying he’s happy to go anywhere for his fans. So, will the trolls be going with him?

Think what you want about Pitbull’s music, you have to admit he’s doing a good job of endearing himself to fans with this response. Soon, he’ll have all of Alaska incessantly chanting “Dale!”