Joseph Gordon-Levitt doesn’t like to talk about his brother’s death in public, okay? That doesn’t mean that you can leap to conclusions about Dan’s drug use, however. Listen up, GQ! 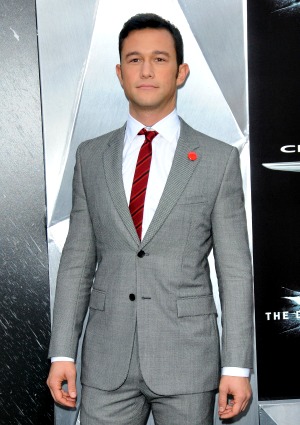 “I’m writing this because I have a problem with what their article says about my brother,” Joseph Gordon-Levitt wrote in a blog on Tumblr. “I’ll be honest, it really made me feel terrible. “

Referring the GQ issue on which he is featured on the cover, the actor quoted this section of an article:

“…the elder Gordon-Levitt died of an alleged drug overdose in 2010. ‘It was an accident’ is all Joe will say about that.”

Joseph Gordon-Levitt then continued to blog, “Using the word ‘alleged’ technically allows the writer to say whatever she wants. The ‘allegations’ to which she must be referring were made by a handful of gossip websites. They are factually incorrect according to the coroner’s office and the police department.”

The 31-year-old, who grew up with older brother Dan in the Sherman Oakes area, added, “I don’t like publicly speaking about my brother’s death, but I’m making an exception to correct this irresponsible claim.”

Not quite finished yet, the star of The Dark Knight Rises, went on to write, “By the way, while I asked the writer not to dwell on how he died, I did say quite a bit about how he lived, and how much he means to me.”

“Dan was a brightly positive, genuinely caring, and brilliantly inspiring person, and I liked the idea of such a wide readership learning about him. My parents and I are disappointed with what the article chose to focus on regarding this sensitive subject.”

Do you agree with Joseph Gordon-Levitt that GQ‘s journalism was irresponsible in this case?