Chuck Norris is no doubt throwing his cowboy hat up in the air with glee after the Boy Scouts of America announced Tuesday that it’s upholding the “no gays allowed” policy, pertaining to both Scouts and leaders. 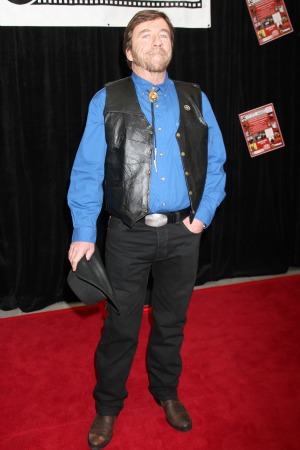 Chuck Norris is getting his wish nearly a month after catching flack for an article he penned for gun enthusiast site AmmoLand, which basically said gays have no place in the century-old organization.

In that article, “Is Obama Creating a Pro-Gay Boy Scouts of America?” the Walker, Texas Ranger star referred to one of the discriminatory policy’s outspoken critics: BSA national board member and Ernst & Young CEO James Turley.

“But is Turley working on his own initiative, or has the White House prodded him with perks and favors?” Norris speculates. “Is it a coincidence that Turley came out swinging against the BSA’s century-old policy to ban gays from leadership and that he has such close affiliations with the pro-gay Obama administration?”

In typical political fashion — and Norris has certainly established himself as an advocate for all things far-right — the 72-year-old star also played the victim in the piece, noting, “Hasn’t America reached a new low in its history when its president (and the honorary president of the BSA!) distances himself and his administration from the Boy Scouts of America yet invites groups such as the Secular Student Alliance to participate in its faith and college missions?”

Norris caught so much heat for the aforementioned AmmoLand article that he issued this statement on Facebook: “Let me clarify what I meant by my article. I was not criticizing the gay community. What I tried to convey in my article is that no private organization operating within the bounds of the law should be forced to change its principles and traditions based on outside pressure.”

From the horse’s mouth

By way of the Associated Press, the 11-member board tasked with reviewing the policy Norris effectively likened to being as “American as apple pie,” came to the conclusion Tuesday that “this policy is absolutely the best policy for the Boy Scouts.”

Also by way of the AP, the Scout’s chief exec, Bob Mazzuca, stressed most Scout families supported the policy, which applies just as much to its young charges as the adult troop leaders.

“The vast majority of the parents of youth we serve value their right to address issues of same-sex orientation within their family, with spiritual advisers and at the appropriate time and in the right setting,” Mazzuca said. “We fully understand that no single policy will accommodate the many diverse views among our membership or society.”

Think Progress reacted to the committee’s decision, which followed a two-year-long review process, with its own article, titled: “Boy Scouts of America Doubles Down on Discrimination.”

It alludes to not only Turley as a BSA board member and outspoken critic of the policy, but AT&T CEO Randall Stephenson.

It also noted the decision comes despite “growing pressure to lift the ban” from Scouts themselves, including Eagle Scouts who created a group called Scouts for Equality in response to the anti-LGBT stance.

BSA has also been on the receiving end of bad PR after an Ohio mom was outsted as a Cub Scout den leader for being a lesbian.

Think Progress provided the following update off Tuesday’s big decision, which included that the BSA had no intentions of going public with the committee’s most-watched report: “Boy Scouts of America spokesman Deron Smith … [noted] that ‘The special committee consisted of members with a variety of beliefs on this topic but the conclusion was unanimous.’ When asked how a unanimous conclusion could indicate a ‘variety of beliefs,’ Smith offered only an equally cryptical response that the committee members ‘had different opinions about the policy, but the two year evaluation resulted in an unanimous consensus that this was in the best interest of Scouting.’ Smith would not identify the names of the 11 committee members.”

So it seems one giant step forward for gay marriage, one giant leap back for an “American as apple pie” organization like the Scouts …