The Hunger Games: Catching Fire has made another addition to its cast. Joining Oscar-winner Philip Seymour Hoffman is the talented Amanda Plummer. The actress has signed on to play a very disturbed and kooky character. 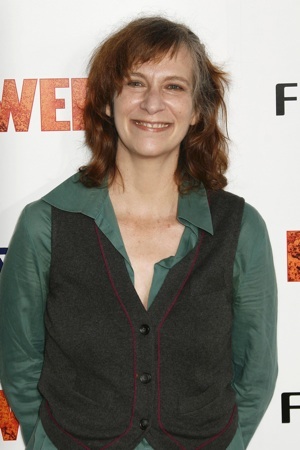 The cast of The Hunger Games: Catching Fire is getting bigger by the minute. Another actor has joined the growing roster and it’s none other than Amanda Plummer.

Plummer has signed on to play Wiress, a character known for her eccentric nature. Her off-the-wall personality even earns her the nickname “Nuts.”

Although Wiress doesn’t communicate traditionally, her observations and contributions prove invaluable in the Quarter Quell.

Has Jena Malone been offered the Catching Fire role? >>

Plummer is a Tony Award-winning actress who’s appeared in major films like The Fisher King and most notably Pulp Fiction. She’s also the daughter of Oscar-winner Christopher Plummer (Beginners, Girl with the Dragon Tattoo).

The Hunger Games: Catching Fire begins as Katniss Everdeen has returned home safe after winning the 74th Annual Hunger Games along with fellow tribute Peeta Mellark. Winning means that they must turn around and leave their family and close friends, embarking on a “Victor’s Tour” of the districts. Along the way Katniss senses that a rebellion is simmering, but the Capitol is still very much in control as President Snow prepares the 75th Annual Hunger Games (The Quarter Quell) – a competition that could change Panem forever.

What do you think of Plummer as Wiress?