Both the ailing J.C. Penney’s stores and the equally-limping-along Martha Stewart franchise could have used the deal shot down by the New York Supreme Court on Friday.

Related story Martha Stewart's Healthy & Versatile New Dish Can Be Served 'For Breakfast, Side, or a Snack' 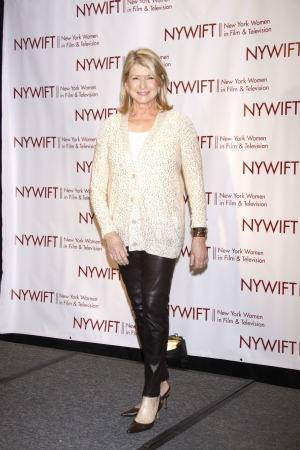 In a series of setbacks for craft guru Martha Stewart, who lost her show earlier this year, the court is blocking J.C. Penney from selling the 70-year-old’s line of home goods in its stores.

Back in December, the venerable but ailing franchise announced plans to carry Martha Stewart-branded goods, starting in 2013.

But, Reuters reports, Macy’s stepped in to put the kibosh on that move. Macy’s contends that it was granted exclusive rights to Martha’s line of goods until 2018.

While it’s a big blow to both Penney’s and Stewart’s empire-building, the court’s decision doesn’t mean all Martha products are off-limits.

A spokesperson for Martha Stewart Living told the Associated Press the company still plans to sell products through J.C. Penney stores — but there appears to be a lot of restrictions.

An analyst with Nomura Equity Research also told AP that many home products are “off the table” now that the court chose Macy’s.

It appears that Macy’s also felt snubbed, in that many analysts and others close to the proceedings say the chain was the first to stick its neck out for Martha and the “Living” line after she left prison.

Like Penney’s, Stewart has waged an uphill battle to revamp her image, following the insider trading scandal that came to light in the early 2000s.

That scandal sent the fallen domestic goddess to prison in 2004.