The star is speaking out about animal rights, at the same time he is busy shooting Rio 2. 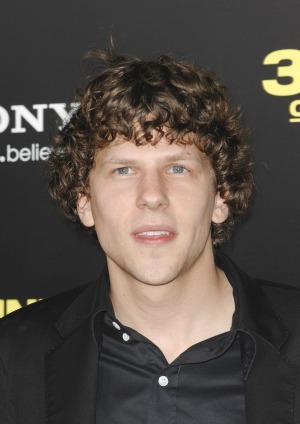 “Dreamworks did a great job weaving an entertaining story with the real-life themes of trafficking in exotic birds and the decimation of wild populations,” Mother Nature Network’s Michael d’Estries said on the Huffington Post.

But for Eisenberg, the part was much more than a paycheck. Eisenberg is also leading a campaign for the Humane Society of the United States.

“If an animal’s natural home is in the wild, then chances are, that’s where it belongs,” Eisenberg said in a new PSA, reports the Huffington Post. “Unfortunately, the demand for these intelligent, complex creatures — whether captive-bred or wild caught — is decimating the wild parrot species.”

d’Estries credits the movie for giving viewers a movie that left you with a smile, rather than feeling down about animal rights. But Eisenberg really related to his character in the movie.

“Although Blu is a much loved pet, he has no idea what it’s like to be a bird,” said Eisenberg. “He doesn’t even know how to fly. It’s only when he gets a taste of the wild that he discovers his true self and how he ended up in a cage.”

According to the HSUS, their mission is to protect animals by changing laws, providing emergency care, investigating animal cruelty and reforming industries.

“We are grateful to Jesse Eisenberg for helping us to raise awareness of the growing problem of unwanted captive birds in this country,” Adam Parascandola, director of animal cruelty investigations for HSUS, told the Huffington Post. “Parrots are highly intelligent, social and long-lived animals whose complex needs cannot be met by most owners, which is why so many are abandoned.”

Eisenberg has also signed on to voice the same character in Rio 2. The movie is currently in pre-production and slated to be out in 2014. His current movie To Rome with Love is in theaters now.