Could the world’s clock be coming to an abrupt stop at the end of this year? Nah, not likely. But the occasional breaking news bit, like Michael Lohan fathering another child, is enough to convince some the end is near. 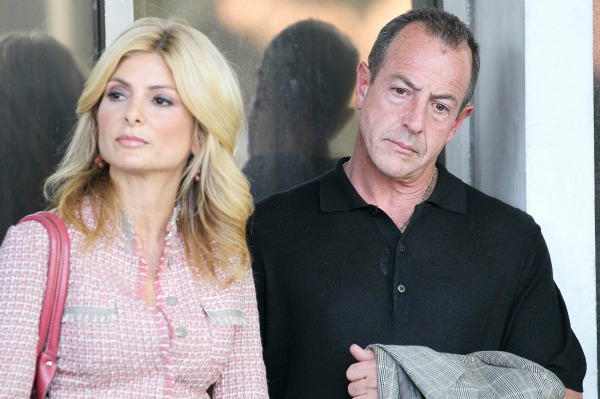 Perhaps Michael Lohan felt he did such a bang-up job raising his other kids that it was time to impart his special breed of fatherly love upon a new generation. The boozy and often belligerent dad of Lindsay, Ali, and the like has indeed knocked up on-again, off-again girlfriend Kate Major — making for a 26-year age gap between baby Lohan and eldest sis LiLo. Interestingly enough, Kate’s restraining order against Michael was lifted only a few weeks ago… meaning the impregnation itself was, in reality, an illegal act. How apropos! We think all sexual encounters with the aggressively opportunistic skeezer should be punishable by law. 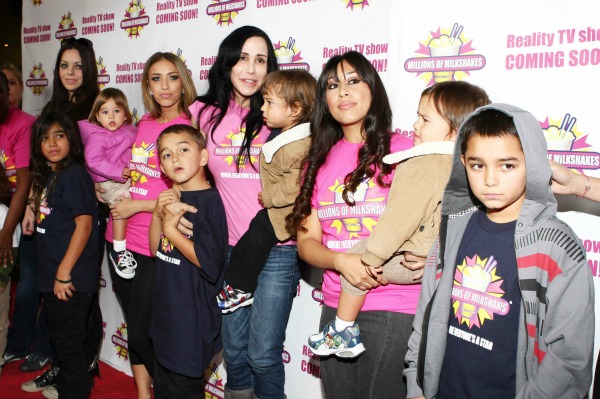 Octomom gets paid for indecent exposure

Despite repeated allegations of child neglect over the years, “Octomom” Nadya Suleman has managed to maintain custody of her 14 children — who, if not marred by having a maternal role model like Octo, will surely be scarred for life when they catch wind of Mommy’s R-rated escapades. For crying out loud, the woman put out a porn containing the title of a classic children’s movie… let’s just hope none of the kiddos Google searches Home Alone, for we fear it won’t be Macaulay Culkin’s face that pops up. To make matters worse, the mother-of-multiples stripped topless at a Florida “gentleman’s club” (a misnomer, for sure) on July 13 — and, astonishingly, got paid for the gig. 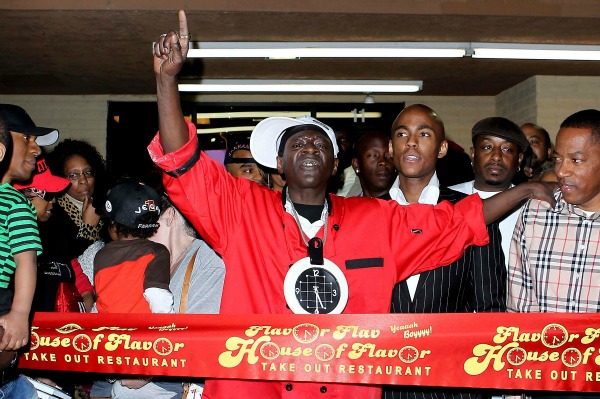 It may be time for airline security to amp it up a notch or two again. On a recent Southwest Airlines flight to Las Vegas, Flavor Flav — hip-hop’s jester-at-large — hijacked the plane’s onboard intercom to… talk about chicken and waffles? As it turns out, the bejeweled-grilled ol’ boy needed a captive audience to plug his new Sin City restaurant, Flavor Flav’s House of Flavor. Hence, he rattled off every item on the menu before forcing passengers to chant his name. Given my druthers, the former Public Enemy member would have jumped rank to public enemy number one following the unauthorized airway access and been met by feds upon deplaning. But protocol, schmotocol, eh? 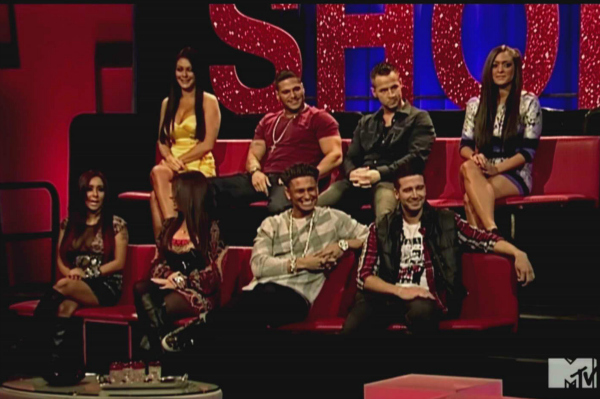 Cast members of Jersey Shore reeling in $2.5 million per season

In their first season of fist pumping, the Guidos and Guidettes of Jersey Shore pulled in $10K per episode — a pretty impressive figure considering the shenanigans they were getting paid for. Sadly, that figure now feels paltry in comparison, as Snooki, Pauly D and The Situation currently make $150K per episode… yep, that’s roughly $2.5 million for the season. Let’s get this straight. Between bar brawls and booty calls, they earn top dollar by essentially making The Jerry Springer Show look high-brow. Meanwhile, emergency responders and military men and women barely scrape by with enough to foot a year’s worth of tanning sessions for the overly bronzed “stars.” Paging those pesky end of civilization rumors — we’ve found your justification.